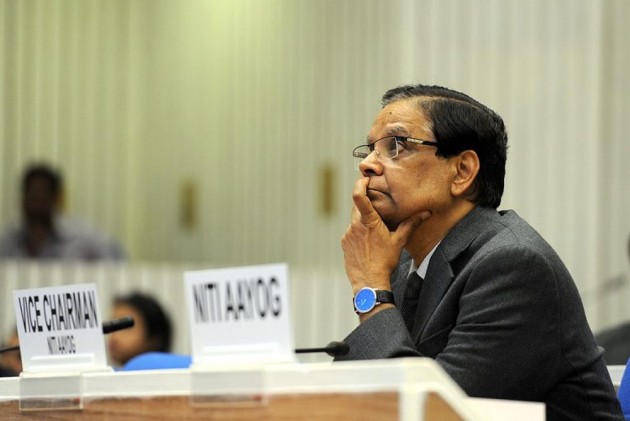 Niti Aayog Vice-Chairman Arvind Panagariya today acknowledged that the demonetisation move will impact economic activity and growth due to lack of liquidity in the system which could be in short supply for three months.

"In the short run, you have a liquidity crunch. It is going to impact economic activity and it is also happening. The problem is being gradually solved, liquidity is being put into the system back and at the pace at which we're going, I imagine that might be maximum a quarter during which this shortage will stay," he said at an Asia Society event here.

Stating that the liquidity situation is better now than it was a fortnight ago after Prime Minister Narendra Modi announced the surprise move to scrap Rs 500 and Rs 1,000 notes, Panagariya said the last month within the quarter will see a small shortage of liquidity.

Speaking a day after former prime minister Manmohan Singh's statement about impact of up to 2 percentage points on growth, Panagariya said, "I think it's a matter of a quarter and how much impact on the growth rate that happens in this quarter is anybody's estimate."

He said the exercise has positives like getting a lot of money into the formal financial system, and the increase in deposits will enhance financial intermediation in the economy and make it an "exciting quarter" for financial firms.

Panagariya said the smooth flow of vehicles due to a limited period toll waiver and zero hassles from policemen looking for bribes will also be of help.

He, however, parried the question when IDFC Bank's chief Rajiv Lal flagged concerns over banks' NPAs as toll road companies do not pay up. "What is more important, economic growth or asset quality?" Panagariya asked. The economist said the move will also help the nation's morale after having been "plagued by corruption for long".

Asked if preparations for the audacious exercise could have been better, Panagariya said secrecy was crucial.

"Somebody at the top has to take a call on when is the right time. If the trade-off was that, it would cause inconvenience, let me use my political capital," he said, pointing out that there was already a news item on October 27 pointing out the exact details of the plan.

He also said Niti Aayog is working on publication of state-level rankings on social indicators like education, health and water. It is also looking to create coastal employment zones which will require upwards of 500 sq km each, starting with Andhra Pradesh and Gujarat.

The idea is to have zones concentrating on manufacturing as in China, and "these two states have the best potential due to favourable labour and land acquisition laws".

Panagariya spoke of China facing troubles on multiple fronts, including cost of labour, and "it is up to us to seize the opportunity created by it and increase our share in merchant trade globally".