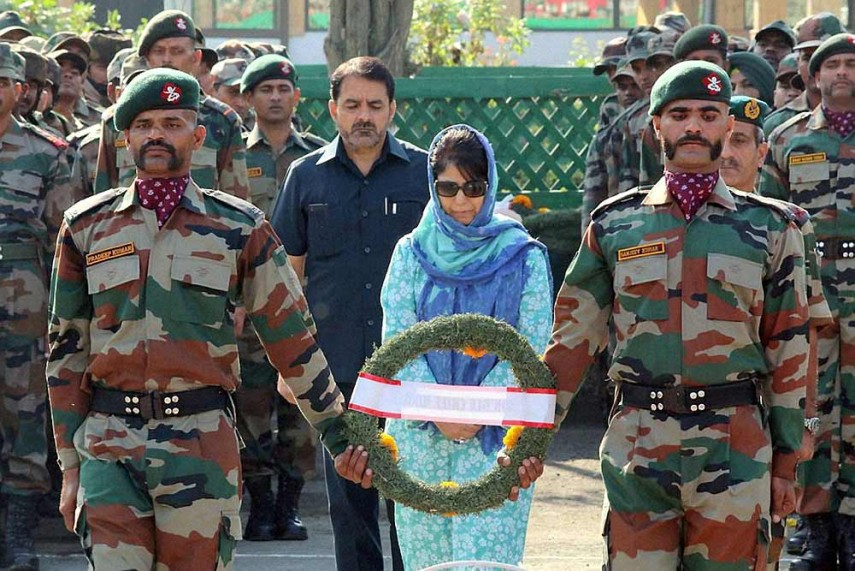 In a written reply to a question in the Legislative Assembly, Mehbooba, who also holds the Home Portfolio, said, "No Ex-gratia/compensation has been paid to the next of kin of Khalid Muzaffar Wani and Burhan Wani".

Some months back, there a major controversy after the state authorities listed Muzaffar Wani as a potential beneficiary of the ex-gratia despite his being killed by security forces when he was returning after meeting his elusive brother Burhan.

Burhan was also killed later in an encounter with security forces on July 8 last year.

She said the state government provided ex-gratia of Rs 1.66 crore to the beneficiaries of 77 Army and Central Armed force personnel who were killed in the state since January 2015.

"The amount is disbursed among the beneficiaries through the commanding officers concerned," she said.

"The NOK (next of kin) of only those army/CAPF personnel who get killed within the territorial jurisdiction of the state of J&K in militancy related incidents, violence attributed to breach of law and order etc. Including while on leave/ inter station movement, are eligible for sanction of ex-gratia" Mehbooba said.

She said the ex-gratia cases in respect to the NOKs of Uri attack of 2016 have not been received from the concerned Units/authorities so far in the Home Department.

She also said that the family of Chamel Singh, who was killed in Kot Lakhpat jail in Pakistan in 2013, has also not been provided with any ex-gratia.

Regarding a question about the policy of providing compensation to the soldiers killed while defending the borders or fighting militancy in the state, the chief minister said that those who hail from state get an ex-gratia of Rs 5 lakh and those from outside the state are paid Rs 2 Lakh.

"The amount of ex-gratia payable in favor of the NOK of the deceased Army/CAPF personnel is Rs 5 lakh for state subjects and Rs 2 Lakh for non state subjects," she said.