No Compromise on Kashmir, But No Battle With People: Madhav 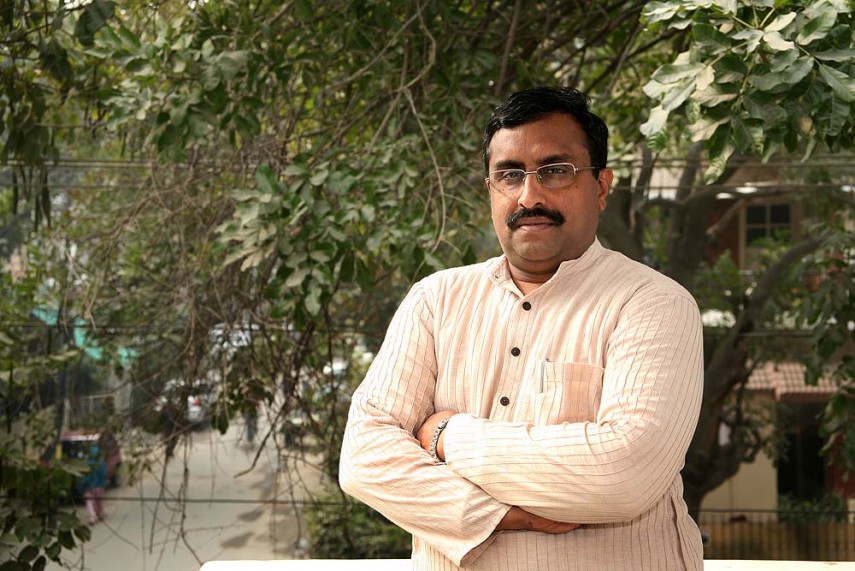 Print
A
A
A
increase text size
Outlook August 14, 2016 22:27 IST No Compromise on Kashmir, But No Battle With People: Madhav

BJP General Secretary and party in charge of Jammu and Kashmir Ram Madhav said here today that there could be no compromise on Kashmir issue and asserted that the "battle" was not with the agitating people whom he termed as "our people," and blamed pro-Pakistani elements for the present situation.

Madhav quoted how in Mahabharat, Yudhistra was willing for a compromise with Kauravas, and then in an apparent reference to the present unrest, he said "today they are pelting stones, no doubt, but they are misled."

Using metaphors vis-a-vis Kashmir and Mahabharat, he said,"they (stone-pelters) happen to be on Kaurava's side whether they wanted it or not, they were on that side."

Hitting out at pro-Pakistan elements for fomenting trouble again by employing similes, he said "your fight is with Kaurava's, who happen to have some connection with Khandahar and Gandhari, and all that across the border. You have your battle with them, you will fight it out, but your battle is not with people, they are our people, because this nation is one."

In his lecture on 'Nationalism, Internationalism and Bhagwad Gita,' organised here by Chinmaya Mission as part of its 'Gita Mahotsav-Swami Chinmayananda's (1916-2016) Birth anniversary celebrations,' he said the message of the revered text was for the entire mankind.

Stating that Gita's message does not stop with a nation, he said it transcended to "Loka Kalyan, or Vasudhaiva Kudumbhakam, its message is for the entire mankind."

He also rued opposition to make Gita a national text.