No One Better at Politicising Lies Than RSS: Khurshid 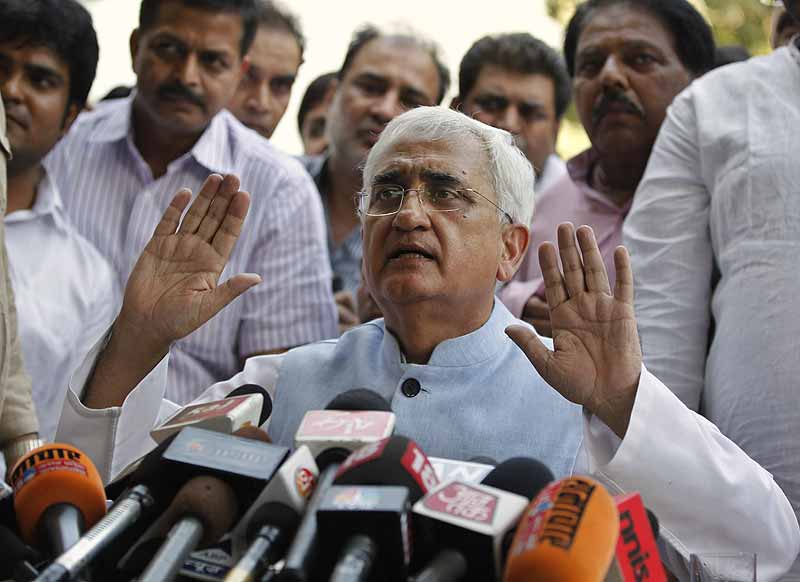 Print
A
A
A
increase text size
Outlook July 19, 2016 22:12 IST No One Better at Politicising Lies Than RSS: Khurshid

Senior Congress leader Salman Khurshid today hit back at RSS over a defamation case against party vice president Rahul Gandhi, saying "no one is better at politicising lies than RSS".

The former External Affairs Minster was responding to accusations from RSS that Congress was "maligning" it and "consistently spreading lies" about it, after the Supreme Court observed that Gandhi should not have made a "collective denunciation" of an organisation.

A bench of the apex court today heard an appeal filed by Gandhi seeking quashing of a criminal defamation case ordered by a magisterial court in Bhiwandi in Maharashtra for a public speech in 2015 in which he had allegedly linked RSS to Mahatma Gandhi's killing. The SC made it clear to Gandhi that he will have to face trial if he does not express regret over his alleged statement.

"The practice of speaking lies, to politicise lies, no one is better at politicising lies than RSS," Kurshid alleged.

"So, if they think that after some court's observation their entire history and work culture has been whitewashed, then it is not that," he said.

"A matter comes to SC only on a specific issue which either party feels needs to be examined by a higher court...Ultimately a trial has to take place, under what circumstances and conditions the trial will take place depending on any issue that has arisen that has come to the SC, the apex court merely clarifies that issue and sends it back to the trial," Khurshid told reporters on the sidelines of the launch of a book, titled 'Justice at Heart', co- authored by him.

In his reaction, RSS' Communications Department Head Manmohan Vaidya had earlier said the "Congress had been consistently trying to spread lies and baseless allegations about RSS. Today's Supreme Court ruling has exposed the Congress."

Khurshid hit back, saying, "What they may feel what the law of the land is...But, it will be what the court will decide. What is justified or not justified I don't think the RSS should take it upon itself to decide."