Not a Feminist? You are a Bad Human Being, Says Kalki 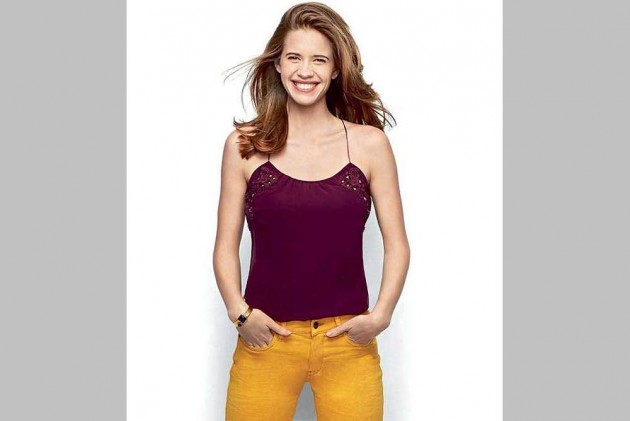 Bollywood actress Kalki Koechlin feels that "everyone is a feminist" and a person who does not identify as one is a "bad human being."

"I feel one should come up with a basic ABCD video on feminism. If you are not a feminist you are a bad human being. Being a feminist means asking for equality.

"But people take it the other way at times. It is looked down upon is because it is seen as man-hating. But, feminism is a really crazy idea that suggests men and women are equal," she says.

The actress was in the city to perform a solo theatrical monologue titled, "Wo-Manologue" at Young FICCI Ladies Organisation.

Calling upon women to embrace their sexuality and refrain from competiting with men, she said it was imperative that both sexes acknowledge that their "different bodies" have "different capacities."

"No gender is fairer than the other. Women are not a doormat. We are equivalent to men. It is just that we have different bodies and different biological needs. We have capacities which should be celebrated and rewarded in the society.

"The simple point is that because women have been suppressed for so long they need to rise up and indeed take over. For things to be equal again," the 32-year-old actress said.

Koechlin, who is playing the role of a mother in her upcoming movie "Ribbon" said she found herself in a fix, when it came to talking about the recently drafted Surrogacy Law.

"It is such an intense natural bond between child and the womb. I personally find the process really risky. But then I also see the commercial aspect and the fact that there are women making their living out of this. Well, it is really difficult for me to answer," she said.

She also emphasised on the need for the paternity law to be "chalked out and implemented."

"This will allow men to spend more time at home and women can in turn go out and work or spend time for themselves. Secondly, marital law has to recognise marital rape as an offence," she said.

As someone who is known for taking a stand against body shaming and objectification of women in the movie industry in the past, Koechlin has no problem with "item-songs" and would rather love "watching more men doing it".

"Item song is a very broad umbrella. I think there are some demeaning songs being exposed to children in family films, and that is what I am concerned about.

"But in adult rated films, item songs should exist...Can exist. In fact, I would love to see more men doing item songs," she said.