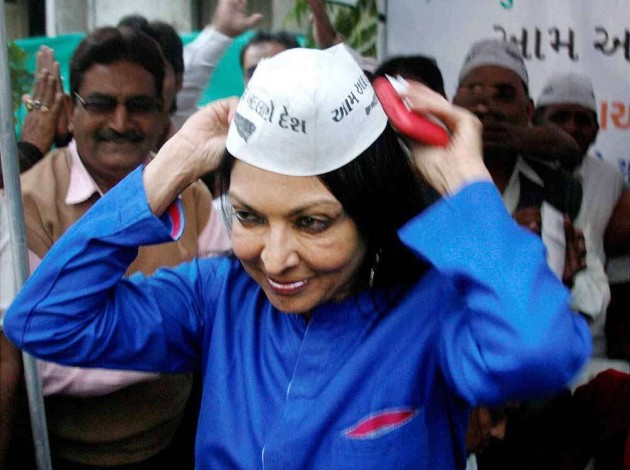 Social activist and renowned danseuse Mallika Sarabhai, who has crossed swords with the Narendra Modi government over the 2002 Gujarat riots in the past, today joined the Aam Aadmi Party here.

Sarabhai, alongwith 20 of her associates, joined the party at its office at Vasna here.

"I have been fighting against corruption for years. Even in the last Lok Sabha elections in 2009, I contested as an independent candidate because none of my values match that of any of the parties," Sarabhai said at the AAP office.

"I have been fighting against social exploitation for many years. The Aam Aadmi Party's values are similar to that of mine. I have joined as a foot-soldier. I did not have any talks with the AAP leader," she said.

AAP will emerge as a strong political alternative in Gujarat, she said.

"In Gujarat, there is a voice of only one person - the Chief Minister. There are many issues in the state, from corruption to exploitation. AAP will raise these issues and emerge as a strong political alternative," she said.

Some of the volunteers also evinced hope about the Arvind Kejriwal-led party, and said that it was a welcome change from BJP and Congress.

When asked if she would contest election if AAP offered her a ticket, Sarabhai said she was yet to decide.

In 2009, Sarabhai contested as an independent candidate against BJP veteran L K Advani from Gandhinagar, and lost.

She has been constantly taking up the issue of the 2002 riots victims.

AAP made a spectacular debut in the recent Delhi Assembly elections bagging 28 seats and eventually forming the government.