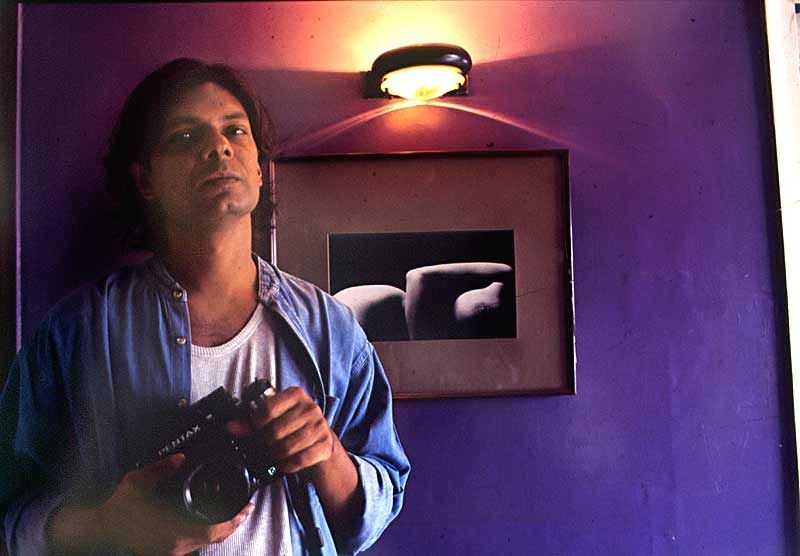 Dasgupta (50) pursued a variety of photographic projects and was considered a major photographic talent in the country.

He was doing a shoot for a company at Alibaug, about 150 km from here, when he suffered a heart attack.

His work was exhibited internationally, both in solo and group shows, and published in Indian, French, English, Italian and American magazines. He had also authored five books and was among those rare Indian photographers who did not hesitate in showcasing nude portraits.

He had worked with famous models like Lakshmi Menon and Lara Dutta. Lakshmi Menon was his muse before he entered into a relationship with the model.

"It's shocking news for all of us. He seemed to be fit and healthy. He was an inspiration to young photographers. He was fearless. He had the courage to do different things," Editor at Better Photography magazine, K Madhavan Pillai, told PTI.

On similar lines, fashion photographer Atul Kasbekar said, "It is sad to hear about his demise. I got to know that he passed away in Alibaug this evening. He was doing a shoot for a company over there. He was a brilliant photographer and shot some really iconic images."

Actress Lara Dutta wrote on twitter,"I hear from twitter that Prabuddho Dasgupta has passed away. He shot me for the Femina cover right after I won Miss India. It was every woman's dream to be shot by Prabuddho! No one captured a woman like him. May his soul rest in peace,".

"One of the finest photographers and a dear friend, Prabhuda, passed away. RIP. This has been a dark week," actor Farhan Akhtar said.