Notice to Pak Singer Adnan Sami For Overstaying in India 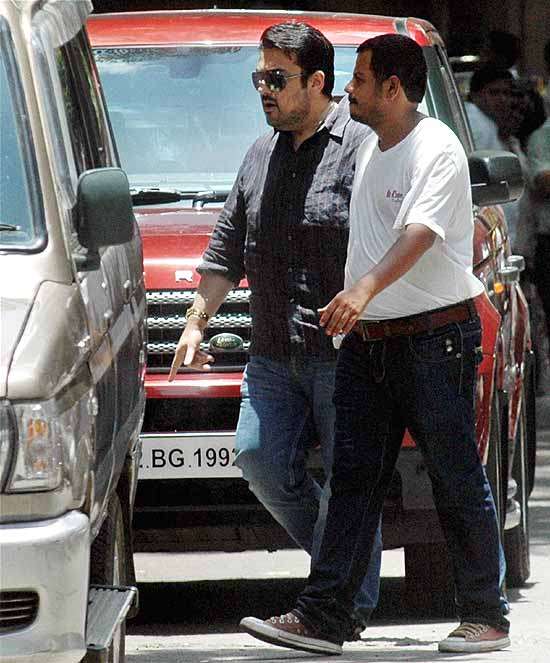 Print
A
A
A
increase text size
Outlook October 15, 2013 15:53 IST Notice to Pak Singer Adnan Sami For Overstaying in India

Pakistani singer-composer Adnan Sami was today issued a notice by Mumbai police for overstaying in India after his visa expired earlier this month.

Reacting to the notice, he said his application for extension was pending with the Ministry of Home Affairs for over a month.

44-year-old Sami, who has made India his second home for the past several years, has been asked to reply to the notice explaining reasons for overstaying after his visa expired earlier this month, and efforts being made by him for renewal of the visa within a week, sources in the Special Branch of city police said.

In a statement here tonight, the musician said, "As per standard rules, I had made an application for extension of my visa to the concerned department of the Ministry of Home Affairs in New Delhi on September 14 as they are the only authority to issue all visa extensions. This is a standard procedure that is followed by all foreigners and I have been following it for the past 14 years. Hence this year is no different."

Sources said Sami had informed Mumbai police that he had applied for an extension of his visa in Delhi but failed to produce any valid documentary evidence to support his claim.

"Until the visa extension is granted by the MHA in New Delhi, I have to be in India as I cannot leave. The length of the process of granting visa extensions is at the direction of the MHA issuing department," he said.

If Sami fails to reply to the notice and follow the norms prescribed for foreigners, the Ministry of Home Affairs would be informed for taking appropriate action, according to sources.

Sami claimed that Mumbai police is very much aware of the situation and are fully informed of this.

"The important part is that I have followed procedure as per routine since I respect all procedures and have followed them throughout my 14 years of living in India and will always continue to do so as a law abiding citizen," he said.

Police said that Sami's case was being treated like any other case related to overstay in India.

"A Deputy Police Commissioner of Special Branch has an authority to grant a Pakistani citizen a 30-day extension of visa if required.

"However, for that the Pakistani citizen has to pay a fine of 30 dollars following which the overstayed period will be regularised," an officer informed.