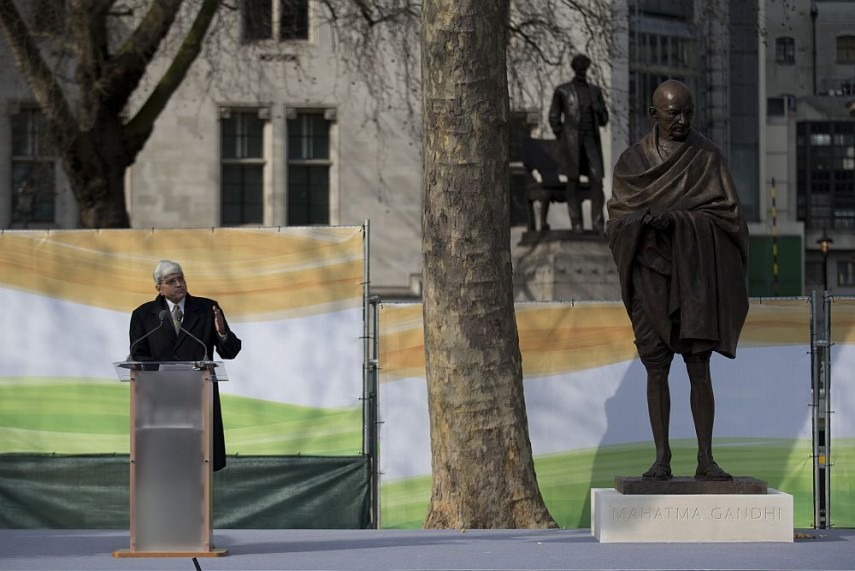 Mahatma Gandhi's shadow is a difficult one to step out of. But his grandson Gopalkrishna Devdas Gandhi - the opposition's nominee for the vice president's post - has done just that. The weight of the surname notwithstanding, the former bureaucrat and diplomat has sought to emerge in recent times not as the Mahatma's grandson, but as the nation's conscience keeper.

What mattered was that the 71-year-old former ambassador and secretary to President K R Narayanan is largely seen and admired as an independent thinker.

That is best demonstrated by the fact that in the opposition bloc supporting Gandhi are the Left parties, which were bitterly critical of him when he was the governor of West Bengal from 2004 to 2009.

Gandhi had said the Nandigram attacks - when police fired at farmers in 2007 in the then Left-ruled state - filled him with "cold horror", prompting the Left to describe the then governor as bipartisan.

"It is not only natural but desirable that society should have as many views as its thinking members are capable of having," he had replied when a reporter had asked about the Left's criticism. "If there had been silence or zero discussion, I would have been extremely disappointed."

The retired IAS officer of the Tamil Nadu cadre, who served as India's high commissioner to South Africa, Lesotho and Sri Lanka and as ambassador to Norway and Iceland, has held academic and titular posts in bodies such as the Indian Institute for Advanced Study in Shimla. More recently, he joined the privately-run Ashoka University on the outskirts of Delhi as guest faculty.

Married to Tara Gandhi and father of two daughters, he was earlier secretary to the Governor of Tamil Nadu, to the Vice President and to the President of India.

Fond of Carnatic classical and popular Hindi music, the soft-spoken and mild-mannered retired bureaucrat, whose editor father Devdas was the Mahatma's youngest son, studied at Delhi's Modern School and graduated in English from St Stephen's College.

Gandhi had almost emerged as the Opposition's Presidential candidate choice but the NDA's nomination of Ramnath Kovind, a Dalit, had forced the joint front of the Congress-led parties to field another prominent Dalit face, Meira Kumar.

Even in the VP elections, the numbers may be loaded in the government's favour. But by fielding Gandhi, the opposition has attempted to put up a show of ideological unity, and Gandhi -- a trenchant critic of ideological forces driving the Modi government -- fits the bill.

A prolific writer - he has penned several volumes on Gandhi, a play in verse on Dara Shukoh and a Hindi translation of Vikram Seth's A Suitable Boy - Gandhi has also been a columnist in newspapers.

In his columns, Gandhi has never shied away from taking positions on contentious issues -- from religious intolerance and cow vigilantism to free speech and even the BJP-led Centre's perceived bias towards the United States or Israel.

In an article in a newspaper today, Gandhi recalled President Narayanan's words in a Republic Day address to the nation in 2000. "Be it the way ... Public servants treat the public, or the public handles public utilities, the manner in which we squander or pollute precious resources like water, the way owners of vehicles allow toxic gases to be spewed onto the air we breathe, the way we allow children to be exploited, the India of today is not a compassionate one," he quoted Narayanan as saying.

"A president who can speak bitter truths like that is the president India needs, be he or she Hindu, Muslim, Christian, Dalit, OBC, Brahmin, political or non-political," Gandhi wrote.