Pak Can Retaliate Unlike Victims From Gujarat: Bilawal to Modi 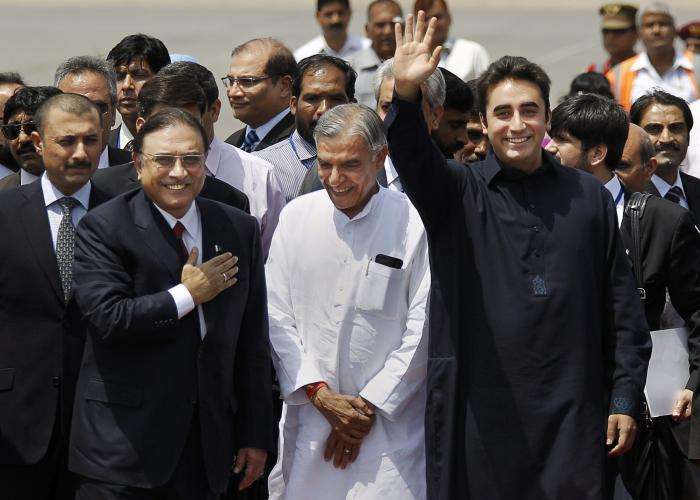 Print
A
A
A
increase text size
Outlook October 08, 2014 23:25 IST Pak Can Retaliate Unlike Victims From Gujarat: Bilawal to Modi

Days after he vowed that Pakistan will take back entire Kashmir, the country's 'Gen Next' politician Bilawal Bhutto Zardari today attacked Prime Minister Narendra Modi, saying Pakistan can retaliate "unlike his victims from Gujarat".

Accusing India of adopting "Israel model" against Pakistan, the 26-year-old scion of the Bhutto family said on Twitter, "Another attack on LOC. Seems India adopting Israel model vs Pakistan. Modi must realize we can retaliate unlike his victims from Gujarat."

He said this amid escalating tension between the two countries after ceasefire violations and heavy mortar shelling along the Line of Control that has claimed at least 12 lives on both sides.

Bilawal's comments came days after he had said that his Pakistan People's Party (PPP) would get back entire Kashmir from India.

"I will take back Kashmir, all of it, and I will not leave behind a single inch of it because, like the other provinces, it belongs to Pakistan," he had said, addressing the party workers in Multan region in Punjab on September 19.