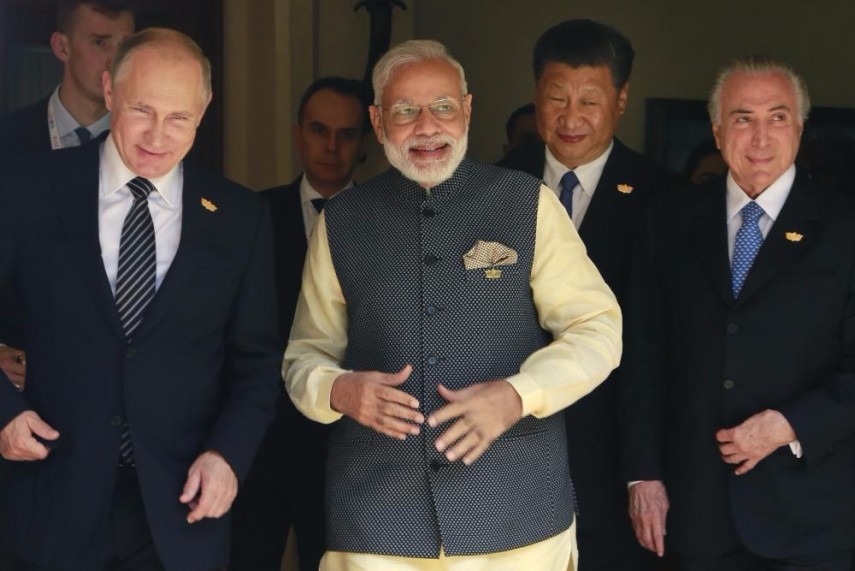 With Pakistan welcoming Russia's intervention in solving the impasse between New Delhi and Islamabad, Moscow has made it clear that it will not intervene or attempt to mediate between the hostile neighbours.

"In connection with reports appearing in the Pakistani media regarding the statement of the Official Spokesperson of the Ministry of Foreign Affairs of Pakistan about Russia's readiness to act as a mediator in the settlement of the Kashmir issue, we would like to emphasize that the Russian position remains principled and unchanged: the differences between Islamabad and New Delhi should be resolved by them on a bilateral basis in accordance with the provisions of the Shimla Agreement of 1972 and Lahore Declaration of 1999," the Russian Ministry of Foreign Affairs said in a statement.

However, the statement asserted that Russia is interested in good neighbourly relations between India and Pakistan, as it would directly contribute to regional stability and security, and the development of mutually beneficial trade and economic ties.

Meanwhile, India has strongly denied the claims that Russia offered to mediate between New Delhi and Islamabad.

Responding to questions, MEA spokesperson Gopal Baglay said, "No offer of mediation between New Delhi and Islamabad was made by Russia to India. It is my understanding that Russia is very well aware of India's consistent position to address all outstanding issues with Pakistan bilaterally in an environment free of terrorism and violence."

Earlier, the Dawn quoted Pakistan's Foreign Office spokesman Nafees Zakaria as saying during a weekly press briefing in Islamabad on Thursday that the country had recently established high-level contact with Russia and Islamabad welcomes President Vladimir Putin's offer to mediate between India and Pakistan.

According to unverified reports in Pakistan media, Russian President Putin during his meeting with Pakistan's Prime Minister Nawaz Sharif on the sidelines of the recently-held Belt and Road Forum reportedly offered to help mediate tensions between Islamabad and New Delhi.

Tensions have been running high between the two Asian neighbours amid spree of ceasefire violations and cross-border infiltration from Pakistan side.

Relations between India and Pakistan worsened after several terror attacks including one on an Indian military base in Uri and also on an Indian air force base in Pathankot.

The situation between both nations further deteriorated after a Pakistan military court announced a death sentence to former Indian Naval officer Kulbhushan Jadhav.

Relations between the two nations have been particularly worsened after the 2008 Mumbai attacks by Pakistan based terrorists. (ANI)