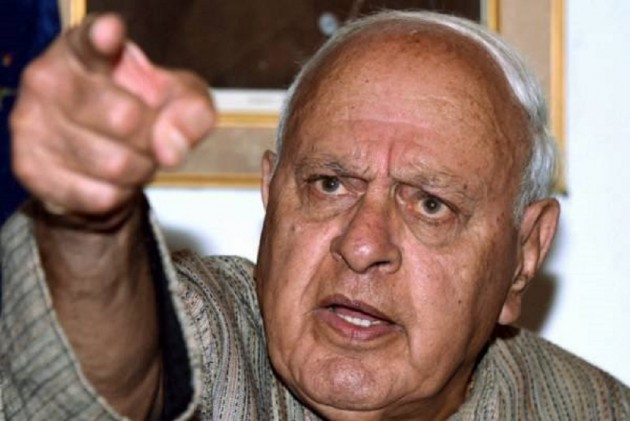 "I condemn the mutilation of Indian soldiers by Pakistan; it is certainly very tragic not just for the jawans family but country too. It is also unfortunate that something like this has happened to which Pakistan denies that they have not done it. Only talks between India and Pakistan can improve relations and end this crisis," Abdullah told ANI.

Requesting India and Pakistan government to break the ice, Abdullah further stated that no such things should happen again and those responsible must be killed or punished.

"Such incidents are totally against Geneva conventions and should be stopped soon. If we want peace between the two nations it is important that no such things should happen again and those responsible must be killed or punished. I also request India and Pakistan government to end the cold war and find solutions to problems," said Abdullah.

Yesterday, Defence Minister Arun Jaitley said that Pakistan's denial of any cross Line of Control movement by its troops and mutilation of Indian soldiers' carries no credibility.

Jaitley said, "The denial itself carries no credibility because the entire gambit of circumstances clearly indicates that this barbaric act of first killing two of our soldiers and then neutralising their bodies has been carried out with the active participation of the army."

"The facts that cover firings are provided to those who carry out this act. They help to escape on such a heavily guarded border where posts are in few meters of each other. This cannot happen without protection, participation or actual indulgence of the Pakisatn army itself," he added.

New Delhi yesterday summoned Pakistan High Commissioner Abdul Basit and lodged a protest against the killing and mutilation of Indian Army soldiers in Jammu and Kashmir.

The Pakistan Army has denied New Delhi's charge of mutilating the bodies of two Indian soldiers and described itself as a highly professional force that never disrespects any soldier.

"Pakistan Army did not commit any ceasefire violation on the LoC or a BAT action in the Buttal sector (Indian Krishna Ghati Sector) as alleged by India. Indian blame of mutilating Indian soldiers' bodies is also false," the Inter Services Public Relation (ISPR) said in a statement.

However, the Indian Army in its statement said, "Pakistan Army carried out unprovoked Rocket and Mortar firing on two forward posts on the line of control in Krishna Ghati Sector. Simultaneously, a BAT action was launched on a patrol operating in between the two posts. In an unsoldierly act by the Pak Army the bodies of two of our soldiers in the patrol were mutilated. Such despicable act of Pakistan Army will be appropriately responded."