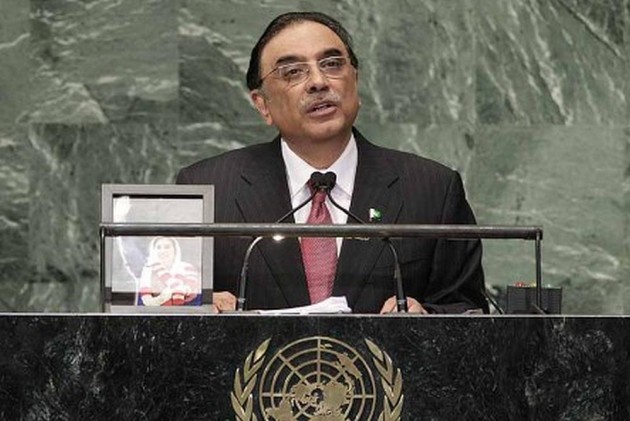 "I condemn the judgement and ask Sharif to resign," he said in a press conference after a Supreme Court bench declared there was "insufficient evidence" to remove Sharif from office but ordered setting up of a Joint Investigation Team to probe the graft allegations against his family.

The Pakistan People's Party (PPP) co-chairperson took a swipe at the court, saying "we never expected any justice from the court."

"With today's decision, not only democracy but also justice itself have been damaged. I also says that people have been made fool through the judgement,” Zardari said.

He, however, hailed the two senior judges who asked Sharif, 67, to resign.

Zardari also criticised Pakistan Tehreek-i-Insaf (PTI) Chairman Imran Khan for letting Sharif got off the hook through the judgement of the court.

PPP Senator Aitzaz Ahsan said the JIT ordered by the court was actually meant to "give escape" to Sharif.

The case was launched on November 3 and the court held 35 hearings before concluding the proceedings on February 23.

The case is about alleged money laundering by Sharif in 1990s when he twice served as Prime Minister to purchase assets in London.

The assets surfaced when Panama papers last year showed that they were managed through offshore companies owned by Sharif's children.

The case filed by various petitioners — Pakistan Tehreek-i-Insaf chief Imran Khan, Jamaat-i-Islami emir Sirajul Haq and Sheikh Rashid Ahmed — sought disqualification of Prime Minister Sharif over his alleged misstatement in his address to the nation on April 5 and his speech before the National Assembly on May 16, 2016.

The petitioners had claimed that the prime minister lied about the investments made by his children in offshore companies, which led to the acquisition of four apartments in London’s upscale Park Lane neighbourhood.