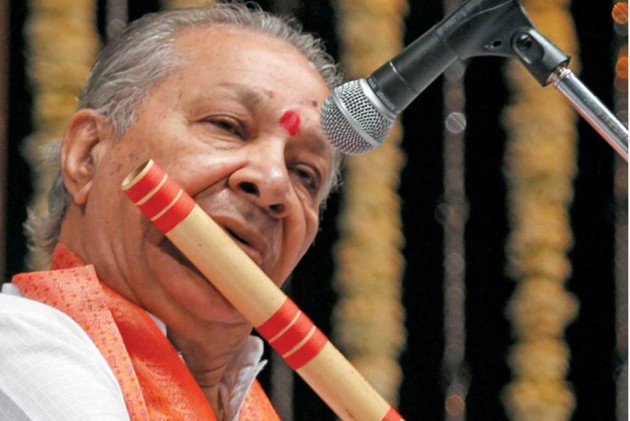 "I am part of this Kendra from a long time and never miss a chance to be with them. They have given me a great honour with this award," Chourasia said after receiving the award last evening.

Born in Allahabad to a wrestler father, Chaurasia started learning vocal music from his neighbour, Pandit Rajaram, at the age of 15 and later took up the flute under the mentorship of Bholanath Prasanna of Varanasi for the next eight years.

The Padma Bhushan and Padma Vibhushan awardee has also worked as a music director for Indian films, besides collaborating with several international musicians.

The award, which recognises the contribution of individuals in the field of Indian Classical Dance and Music or other disciplines of Indian Art and Culture, was presented to Chaurasia by Najeeb Jung, the Lieutenant Governor of Delhi.

"It was an honour to present this award to him. It is a humbling experience and I have no words to express it. People like Panditji are rare and blessed," Jung said.

Shekhar Sen, Chairman of Sangeet Natak Akademi, said Chaurasia not only has students across the country but his popularity has travelled beyond borders.

"Artistes from my generation have learnt one very important lesson from him that everything can be taken away from an individual but no one can take away your talent, dedication and practice from you," he said.

The award ceremony was followed by a classical flute recital by Pandit Chaurasia.