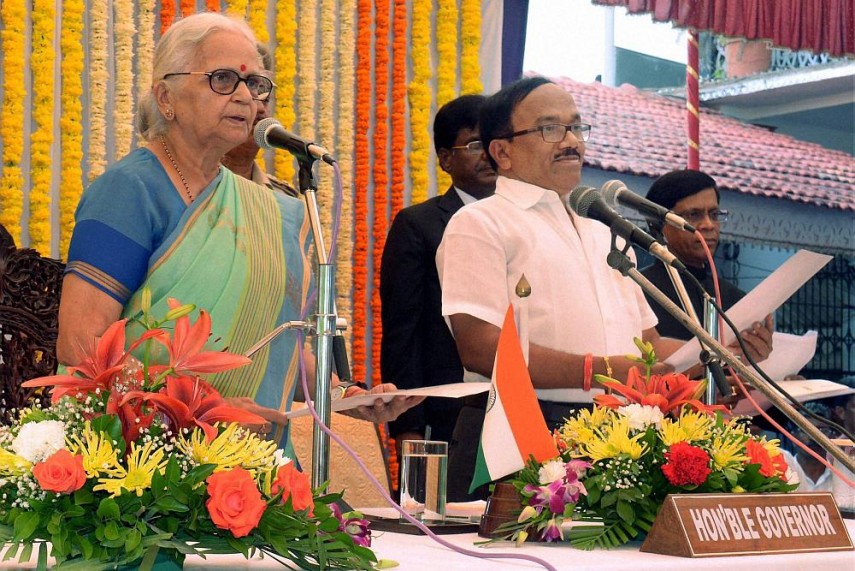 Senior BJP leader and Union Defence Minister Manohar Parrikar hinted that Goa Chief Minister Laxmikant Parsekar will lead the party in the state elections due next year, while the latter today said it is for the party and the people to decide.

"Now it is the responsibility of Parsekar to get the party elected again," Parrikar said during a civic reception held last evening to celebrate the 60th birthday of Parsekar.

Parrikar reminded that in 2000 when BJP came to power in Goa, Parsekar was the party's state unit chief and refused to get inducted in the Cabinet. He was BJP state chief in 2012 also when the party won in Goa again.

Indicating that he may not come back to state politics soon, the Union Minister said, "I will work in Delhi. But politically I will be Goan."

Last month, there were rumours about his reentry into Goa politics after the Union Cabinet expansion.

On whether he would spearhead the party's campaign in the upcoming polls, Parsekar today said, "Let us see. That depends on fate. I have worked as per my capability. I have taken everyone into confidence and worked for the state. It is for the party and Goan people to decide."

State BJP chief Vinay Tendulkar said the party high command takes decision in such matter and the announcement of chief ministerial candidate would be made by its parliamentary committee in the run-up to the polls.

He, however, did not rule out Parsekar being the face of the party during the poll campaign.

"At present he is the chief minister of the state. The present government has won hearts of the people and only on the basis of performance we will be contesting the forthcoming polls," Tendulkar said.