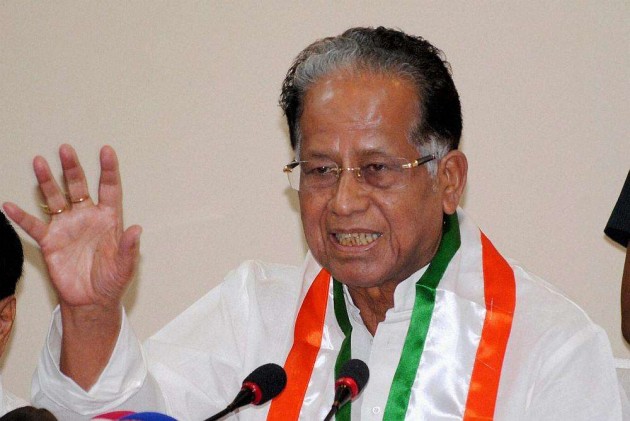 "Modi is now riding a tiger and he can't even deboard. Initially, he said normalcy will return in three days, then 50 days and now he does not say anything," Gogoi said.

"When will normalcy return? Never in India's history, suchrestrictions or rationing of my own resources took place," hetold reporters here.

He expressed anguish over the fact that "Modi still cannot say when normalcy will return and the clouds will be cleared" even though the country has been passing through uncertainty and "this is the danger".

The former chief minister said an economic crisis was going on and only the Centre was to be blamed for this lack of planning and the whimsical decision of Narendra Modi.

"The problem is that trust in Indian financial system is

lost. More than 60 changes in rules in 50 days! I have never seen this. People have doubted the office of the prime minister. This is not good for the country," he said.

Talking about the prime minister's address to the nation

last evening, the veteran Congress leader said Modi's speech was an election gimmick. "Was it a Budget speech or what? Why is he playing the role of the finance minister? Everyone is suffering," he said.

"So far 105 people have died. Who is responsible for that?

No comments on that," Gogoi said.

The former chief minister said BJP had promised a corruption-free government and that was their slogan against Congress with the BJP and its allies coming to power two and half years ago with this.

"But till now, we are only hearing the slogan that they

will end corruption. Now they say only demonetisation will solve corruption. This is nothing but a diversionary tactic. They continue to say that black marketeers will be punished, but the question is when" Gogoi said.

the state was likely to lose Rs 1,000 crore revenue.

He said "due to demonetisation, Assam is likely to lose nearly 12 per cent revenue till March 2017. There is a decrease in sale of goods up to 20 per cent. The excise may lose Rs 100 crore of tax revenue, while it is likely to be a dip of 10-12 per cent for transport department.

"The effect on Assam will be more as we are an agrarian state. The impact of demonetisation on daily labourers, farmers and small industry workers is huge."