People May Call You Dreamers but Love Even Your Enemies: Pope 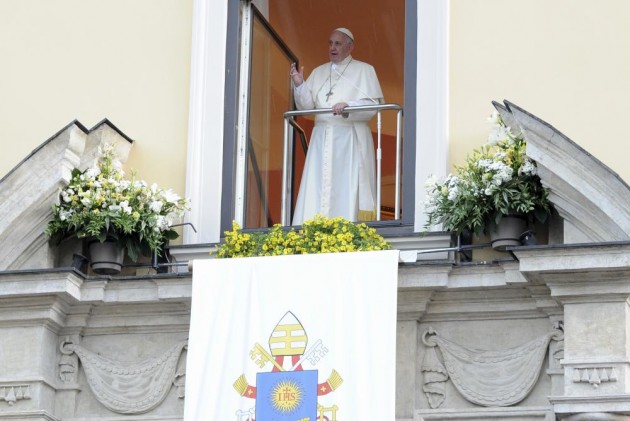 Print
A
A
A
increase text size
Outlook July 31, 2016 23:51 IST People May Call You Dreamers but Love Even Your Enemies: Pope

Pope Francis encouraged hundreds of thousands of young people at a global gathering of the faithful today to "believe in a new humanity" that is stronger than evil and refuses to see borders as barriers.

His appeal came at the end of World Youth Day, a weeklong event being held in southern Poland this year that draws young Catholics from around the world every two to three years for a spiritual pep rally.

The youth gathering was Francis' main focus during his pilgrimage to Poland, but over five days in this deeply Catholic nation he also prayed at the former Nazi Auschwitz death camp and implored God to keep away a devastating wave of terrorism now hitting the world. He also met with Poland's political and church leaders.

For a second straight day, a huge crowd filled a vast field today in the gentle countryside outside the city of Krakow to see Francis, who was visiting central and eastern Europe for the first time. Security was very high throughout the pope's visit, coming at a time of terror attacks in Western Europe.

Many of the faithful had camped out overnight after an evening of entertainment and prayer with the pope in the same field Saturday night that drew 1.6 million people, according World Youth Day organizers.

Today's faithful numbered at least in the hundreds of thousands. The Rev. Federico Lombardi, a Vatican spokesman, referred to an estimate by Polish authorities of 1.5 million today's closing Mass.

The pope used his several encounters with the young pilgrims from mega-gatherings to a private lunch with only a dozen people from five continents to encourage a new generation to work for peace, reconciliation and justice.

God, said Francis in his final homily of the pilgrimage, "demands of us real courage, the courage to be more powerful than evil, by loving everyone, even our enemies."

"People may judge you to be dreamers, because you believe in a new humanity, one that rejects hatred between peoples, one that refuses to see borders as barriers and can cherish its own traditions without being self-centered or small-minded," Francis told his flock, many of them in their late teens, 20s or 30s.

Earlier in his pilgrimage, Francis had expressed dismay that many people and places aren't welcoming enough to refugees or those fleeing poverty in their homelands.

After over 1 million people arrived on Europe's southern shores last year, some nations on the continent, notably in central and eastern Europe, hastily built fences to keep the refugees out.

Poland has been among the EU countries that have refused to take in many Muslim refugees, saying it has already welcomed hundreds of thousands of Ukrainian immigrants.