People Of Indian Origin In Israel To Get OCI Card Despite Their Army Training: PM Modi 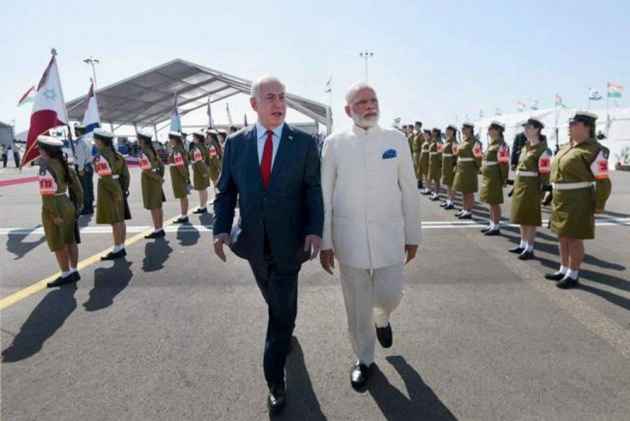 Print
A
A
A
increase text size
Outlook July 06, 2017 09:22 IST People Of Indian Origin In Israel To Get OCI Card Despite Their Army Training: PM Modi

People of Indian origin in Israel will get the Overseas Citizen of India (OCI) cards even if they have undergone the compulsory army service here, Prime Minister Narendra Modi announced tonight.

Addressing the Indian diaspora here at an event which was also attended by Israeli Prime Minister Benjamin Netanyahu, Modi also said that direct flights would be launched between Delhi, Mumbai and Tel Aviv to encourage people-to-people contacts.

He said an Indian cultural centre would also be opened in Israel, fulfilling a long-pending demand of the Indian diaspora here.

He said he had heard about problems being faced by the people of Indian origin in getting the OCI cards.

The Indian government has simplified the rules and even those who have undergone the compulsory military service in Israel will get the OCI cards, the prime minister said to the cheering by the crowd.

Modi said the Jewish nation had links with India dating back to centuries but the fact that no Indian prime minister had travelled here in 70 years "raises questions", an apparent swipe at the previous governments of India.

"For the first time in 70 years, an Indian prime minister has landed here to seek your blessings," he said amid chants of "Modi, Modi".

Describing Netanyahu as "my friend", Modi said the kind of welcome extended to him since his arrival here yesterday cannot be forgotten by anyone.

Hailing Israel, particularly its innovations and scientific advancements, he said the country has demonstrated that the number and size does not matter but it is the spirit that matters.

Modi said there were about 600 Indian students in Israel who can contribute to the future of the relationship.

He remembered former Israeli prime minister Shimon Peres, saying he had worked tirelessly for the humanity.

Referring to Moshe Holtzberg, an 11-year-old Israeli who was saved by an Indian nanny during the Mumbai terror attack of 2008, Modi said it had shown how life succeeds over terrorism. He had met Moshe earlier in the day.

Modi also recalled the contribution of the Indian army in liberation of Jerusalem and Haifa during the World War-I. He will be travelling to Haifa tomorrow to pay his tributes to them.

In his 60-minute speech, Modi talked about various programmes initiated by his government and said these were aimed at the betterment of the common people.

Netanyahu, who spoke before Modi said the partnership between India and Israel was "made in heaven and was happening here now."

He said he and Modi had decided on a vast programme and the Indian diaspora was "a bridge". "We love you," he added.

"We have decided to cooperate in so many areas.... We are building this future today, between two democracies," the Israeli prime minister said.