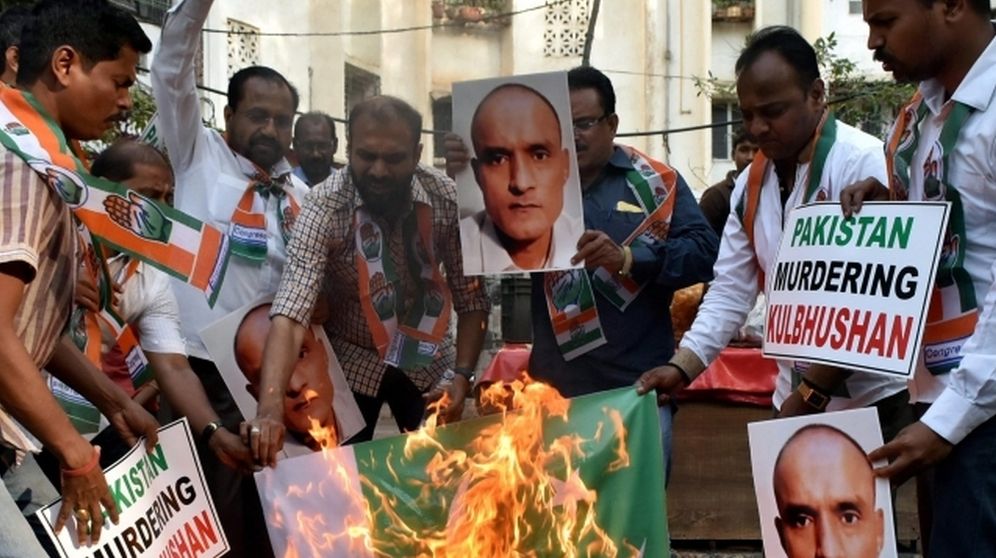 A petition has been filed in Pakistan's Supreme Court seeking immediate execution of Indian prisoner on death row Kulbhushan Jadhav if he failed to get his capital punishment overturned.

Muzamil Ali, a lawyer by profession, filed the petition on Saturday through advocate Farooq Naek – a leader of opposition Pakistan People's Party and former Senate chairman.

The petition asked the apex court to order the federal government to ensure an early decision under the domestic laws on any pending appeal by 46-year-old Jadhav.

The petitioner requested the Supreme Court to order the immediate execution of the Indian spy if he failed to get his capital punishment overturned, Dawn reported on Sunday.

Pakistan claims its security forces had arrested Jadhav from the restive Balochistan province on March 3 last year after he reportedly entered from Iran.

A Pakistan military court had awarded the death sentence to Jadhav for espionage and subversive activities.

However, the International Court of Justice (ICJ), through an interim ruling, stayed Jadhav's execution till the time the case pending with it reached its logical end.

The petitioner also requested the court to declare that Jadhav’s trial had been conducted in accordance with the law, that due process had been observed and that he had had consular access as was demanded by India.

The federal government, through the secretaries of interior and law, and the court of appeal constituted under the Pakistan Army Act (PPA) 1952, General Headquarters Rawalpindi, were named the respondents in the case.

The petition mentioned that Jadhav's mother had moved an appeal on April 26 under Sections 131 and 133(b) of the PPA.

According to Section 131, any person who considers himself aggrieved by the sentence of a court martial may submit a petition to the federal government or the chief of the army staff.

Section 133(b) says that any person to whom a court martial has awarded a sentence of death or imprisonment for life may, within 40 days from the date of announcement of the sentence, can submit an appeal.

The petitioner argued that the people of Pakistan had a right of retribution against those who carried out subversive activities against their country, and that this right far outweighed the requirement to provide an information dissemination method to a convicted terrorist.

It also said that the conduct of India, its arguments and representation in the ICJ constituted a repudiatory breach of the 2008 agreement as well as the VCCR, and as such, Pakistan was not bound by the terms of the convention.