PM Not Being Allowed To Speak In Parliament: Hema Malini 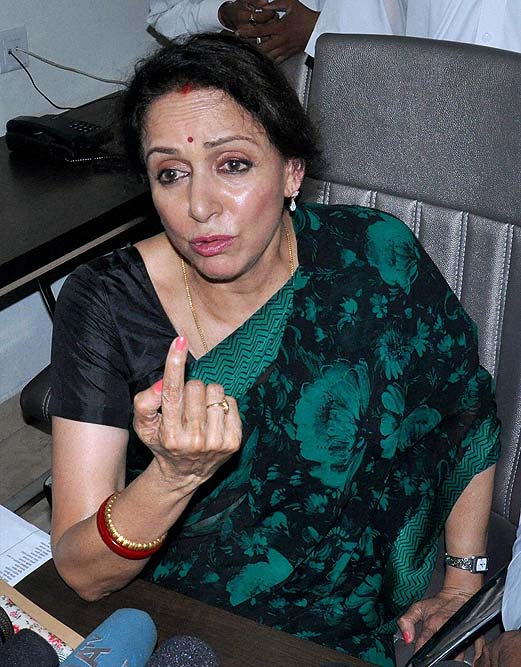 Print
A
A
A
increase text size
Outlook December 15, 2016 17:42 IST PM Not Being Allowed To Speak In Parliament: Hema Malini

Actress and BJP MP Hema Malini today alleged that opposition parties were not allowing Prime Minister Narendra Modi to speak in Parliament on the demonetisation measure.

"PM Modi is attending the Parliament, however he is not being allowed to speak by the opposition," she told reporters here.

Malini advocated digital transactions saying they would help improve the situation on the ground.

Asked by reporters how cashless transactions would get popularised when the internet speed is very slow, she said, "The speed of internet will also improve."

Earlier, speaking at a workshop on cashless transactions, she called upon the people to cooperate to help translate the Prime Minister's dream into reality.

Malini said one would feel secure when cash is in hand, but added that time for change has come.

"Whenever there is a change from routine, people face problems. However, later, the alternate arrangement becomes an asset," she said.

Over half a dozen speakers presented their views on the positive and negative aspects of demonetisation during the workshop. During the event, traders also called for making digital payments more secure.