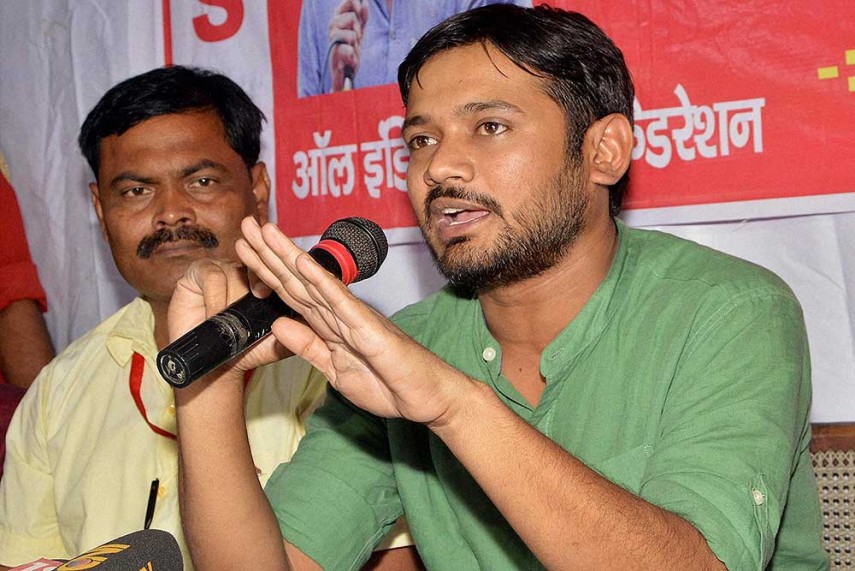 City police today opposed in Delhi High Court a plea seeking initiation of perjury proceedings against former JNUSU President Kanhaiya Kumar and a JNU professor, saying there was no material to substantiate the allegation that they had filed false affidavits along with the bail plea of the student leader in a sedition case.

Justice S P Garg was informed by the investigating officer (IO) that the court on August 11 had already dismissed pleas to cancel interim bail of Kanhaiya in the sedition case on the ground that nothing was shown that the student leader had made any anti-national speech after his release.

"Perusal of petition, under reply, lacks materials and the contents/averments made therein are vehemently denied and, in view of the order dated August 11, 2016 of this court, the petition deserves to dismissed," the affidavit filed by the Delhi Police said.

The reply of the police came in the backdrop of a court notice issued to it on a plea claiming that a JNU professor had "deliberately" filed a false affidavit in the high court along with the bail petition of Kanhaiya in the case.

The court has now fixed the matter for further hearing on February 23 next year.

In his plea, petitioner Prashant Kumar Umrao has contended that the professor had wrongly vouched on oath that Kanhaiya was not involved in any "anti-national activity" and that he was a man of proper conduct.

Advocate R P Luthra, appearing for the petitioner, had said the professor should have been aware that the student leader was fined for inappropriate conduct on campus a year ago and there was nothing to show that he was not involved in any anti-national sloganeering.  On March 2, Kanhaiya was granted six month interim bail by the high court. He was later granted regular bail by the trial court in connection with the case relating to an event inside JNU campus on February 9 in which anti-India slogans were allegedly raised.

While the court at first had felt that since the student leader had been granted bail nothing remained in the petition seeking perjury proceedings, the petitioner however convinced the court that it had nothing to do with him being released on regular bail.

Kanhaiya was arrested on February 12 this year on charges of alleged sedition. Two other students, Umar Khalid and Anirban Bhattacharya, were later arrested in connection with the case and they were granted interim bail.

A trial court had on August 26 granted regular bail to the three accused.