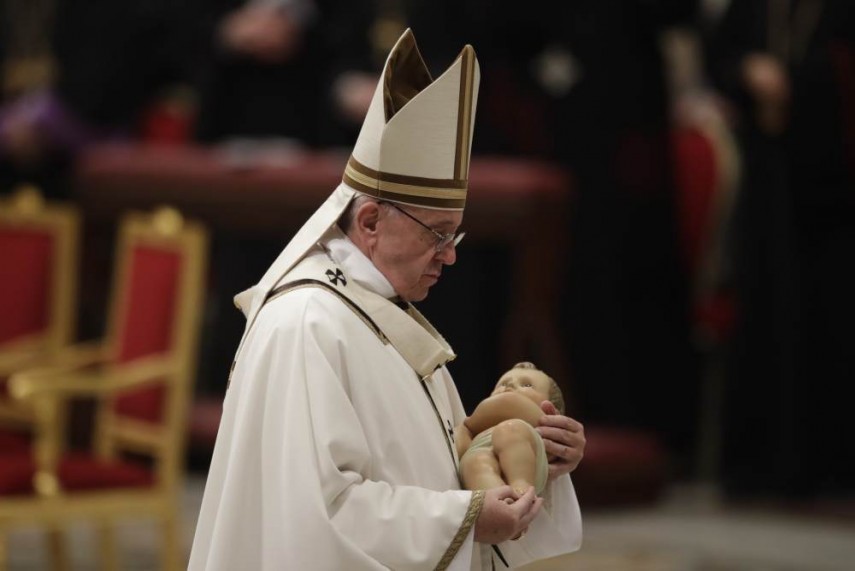 Pope Francis has celebrated Christmas Eve Mass in a packed St Peter's Basilica, rounding out a year marked by his pleas for the world to better protect innocents caught up in wars, migrations and abject poverty.

As the Sistine Chapel choir sang "Gloria" and the basilica's bells rang out across Rome, Francis yesterday processed to the altar behind cardinals draped in golden vestments for the service celebrating the birth of Jesus.

The late night Mass was the first major event of the Christmas season, followed by Francis' noon Urbi et Orbi (To the city and the world) blessing on Christmas Day.

Francis has spent much of 2016 bemoaning the Islamic extremist violence that has driven Christians from Mideast communities that date to the time of Christ. He has demanded Europe in particular do more to welcome refugees, saying Jesus himself was a migrant who deserved more than being born in a manger. And he has denounced the wasteful ways of the wealthy when children and the poor die of hunger every day.