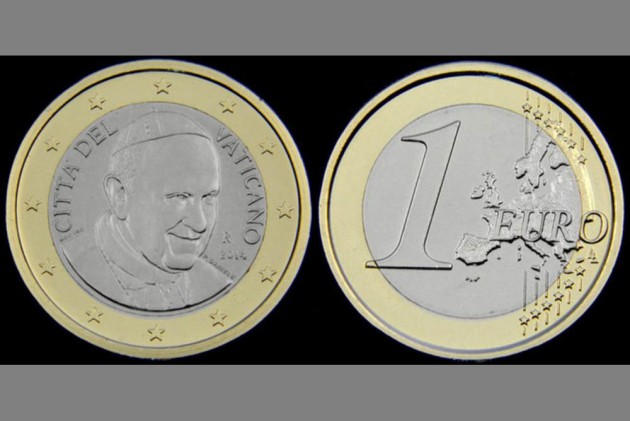 The EU's official journal on January 24 published pictures of the Vatican's new coins (eight pieces ranging from one cent to two euros), and they show that Pope Francis' image has been replaced.

The image on the tails side of the Vatican coin is the same as on all of the other eurozone coins.

Pope Francis, who is known as "the pope of the poor," has railed against the negative power of money.

Yet, because of their rarity, the coins that have born his image since 2014 have become collector's items.

They are legal tender everywhere in the eurozone but people who find them through sales generally resell them on the collectors' market.

The existing agreement between the EU's monetary union and Italy, which the Vatican relies on to mint its coins, includes a quota especially for the Vatican.

The first annual series of papal coins entered circulation on March 1, 2002 bearing the image of then Pope John Paul II.

Continue FREE with Ads Pay Rs. 1 to Read Without Ads
READ MORE IN:
Pope Francis International
Next Story : Combination Woes For Kohli As India Gears Up To Save Series
Download the Outlook ​Magazines App. Six magazines, wherever you go! Play Store and App Store