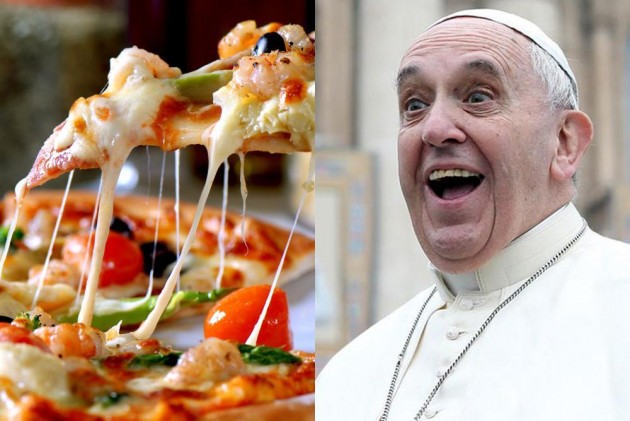 Pope Francis treated some 1,500 homeless people to a pizza lunch at the Vatican after Mother Teresa's canonization Mass.

The homeless, most of who live in shelters run by Mother Teresa's Sisters of Charity order, came to Rome overnight on buses from across Italy to take part in Sunday's Mass.

They were given seats of honor for the celebration and were served lunch in the lobby of the Vatican auditorium.

A Neapolitan pizza maker brought 20 people and three pizza ovens to cook the lunch, which was served to the guests by some 250 sisters and priests of the Sisters of Charity order.

Throughout the night, pilgrims prayed at vigils in area churches and flocked before dawn to the Vatican under heavy security to try to get a good spot for the Mass that was expected to draw more than 100,000 people.