Aboard the Papal Plane 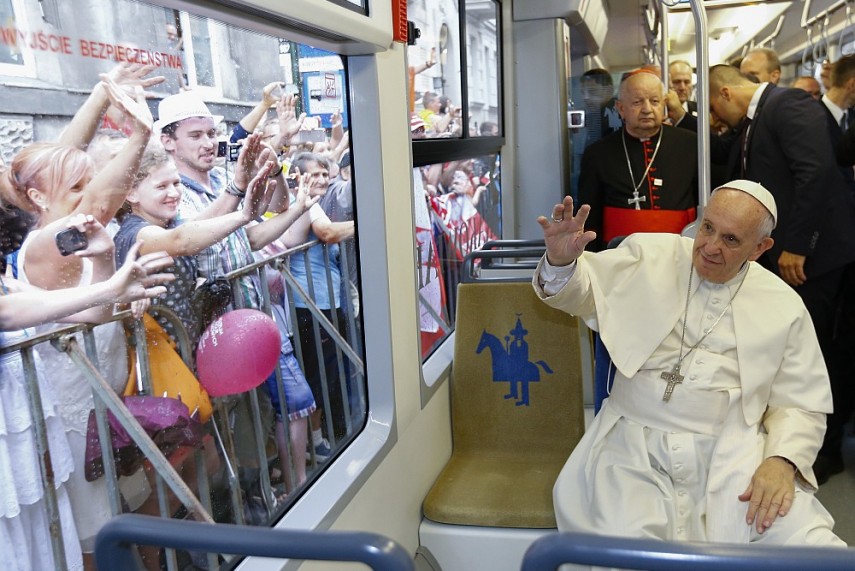 Pope Francis has refused to equate Islam with violence, saying Catholics could be just as deadly and warning Europe was pushing its young to terrorism.

"I don't think it is right to equate Islam with violence," he yesterday told journalists during his return from a trip to Poland.

Francis defended his decision not to name Islam when condemning the brutal jihadist murder of a Catholic priest in France in the latest of a string of recent attacks in Europe claimed by the Islamic State (IS) group.

"In almost every religion there is always a small group of fundamentalists. We have them too."

The pontiff was speaking after Muslims attended Catholic mass in churches around France yesterday in solidarity and sorrow following the murder of the priest, whose throat was slit at the altar of his church.

In an echo of remarks made during his five-day trip to Poland for a Catholic youth festival, Francis said religion was not the driving force behind the violence.

"You can kill with the tongue as well as the knife," he said, in an apparent reference to a rise in populist parties fuelling racism and xenophobia.

He said Europe should look closer to home, saying "terrorism... Grows where the God of money is put first" and "where there are no other options".

"How many of our European young have we left empty of ideals, with no work, so they turn to drugs, to alcohol, and sign up with fundamentalist groups?" he asked.