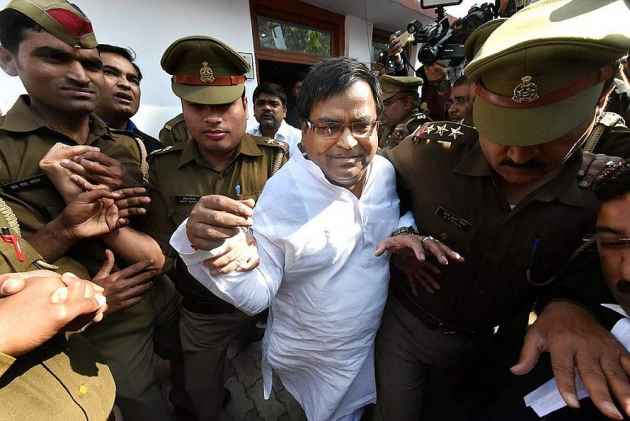 A probe is underway into alleged graft in granting bail to former Uttar Pradesh minister Gayatri Prajapati by a Lucknow court around two months ago.

The order granting bail to the Samajwadi Party (SP) leader was stayed by the Chief Justice of the Allahabad High Court shortly afterwards.

According to sources, the "confidential inquiry" was directed by an administrative order of the High Court and it was being conducted by a sitting judge.

The sources said the inquiry was ordered following intelligence reports that "a lot of money" had changed hands to ensure bail for the former minister, who is in jail in connection with a rape case.

Based on these intelligence inputs, the Chief Justice of the High Court is learnt to have sent a confidential report to the Supreme Court collegium, which then reportedly "recalled" its recommendation to elevate the then District Judge of Lucknow as a High Court judge.

"Further action may be taken upon the completion of the probe, depending upon its findings," the sources added.

The intelligence inputs reportedly pointed fingers at the Prevention of Children from Sexual Offences (POCSO) court judge, who had granted bail to Prajapati, besides the then District Judge of Lucknow and two other senior lawyers there.

Questions have also reportedly been raised about the appointment of the Additional District Judge (ADJ) in question to the POCSO court, barely three weeks ahead of his retirement, replacing an incumbent whose track record was said to be good.

Prajapati was granted bail by a POCSO court in Lucknow on April 25, which was challenged by the Uttar Pradesh government before the High Court.

On April 28, sitting on the Lucknow Bench, Chief Justice D B Bhosle stayed the bail granted to the ex-minister.

On the very same day, the CJ also passed the order of suspension of the POCSO judge who was scheduled to retire on April 30.