Put That Vodka Aside and Sleep: Anurag Kashyap Tells RGV in Twitter War 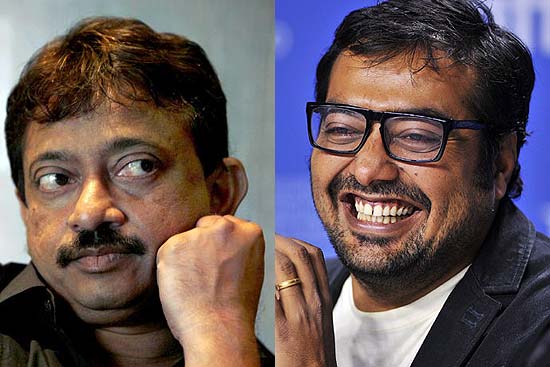 Print
A
A
A
increase text size
Outlook May 18, 2015 13:57 IST Put That Vodka Aside and Sleep: Anurag Kashyap Tells RGV in Twitter War

After Ram Gopal Varma called Bombay Velvet Anurag Kashyap's Aag, the Ugly helmer took to Twitter to talk to his former mentor and invite him for a cup of coffee.

Kashyap, 42, has already broken his silence over the lukewarm response to his latest release, saying he has no regrets about making the period drama.

To which, Varma wrote, "A director standing by his film rejected by the audience is like him telling a girl 'I love myself and I don't care if you don't love me'."

Instead of reacting negatively, Kashyap took the comment with a pinch of salt and wrote, "@RGVzoomin sir I love you too much.. Now put that Vodka aside and sleep.. Lots of kisses."

Varma, 53, whose Satya was co-written by Kashyap, defended himself and said he has become teetotaller.

"@anuragkashyap72 well sir for your info I stopped drinking... I am not into kissing men but love you too."

Kashyap wrote, "@RGVzoomin then lets have filter coffee together soon to celebrate the AAG..."

"@anuragkashyap72 Sir u very well know that I luv you more than you luv me and I suggest that we both have coffee with Karan," Varma said referring to his earlier enmity with Johar made his full-fledged acting debut with Bombay Velvet.

"@anuragkashyap72 And in the course of having Coffee with Karan maybe we can learn from him how not to make Aag's and make Kuch Kuch's," Varma added.

After the release of the film last Friday, Varma had tweeted, "There's a very thin line between confidence and arrogance and only Velvets and AAGS can show the difference. A Slumdog making a film with millions of dollars will not necessarily make a Slumdog Millionaire. Karan Johar is the only Velvet and the rest is coarse."