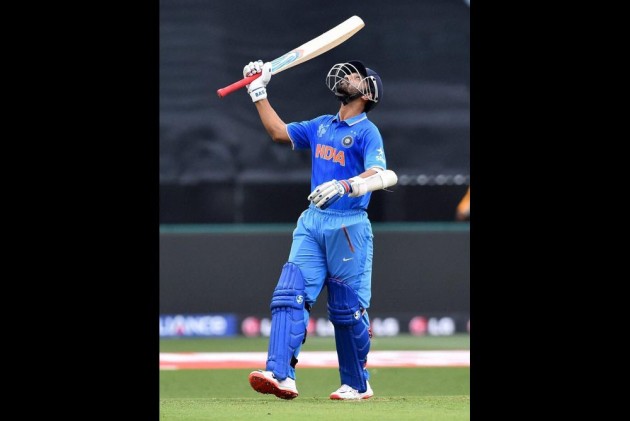 Veteran off-spinner Harbhajan Singh staged a comeback to the ODI squad after a gap of four years as a second-string team was today named for next month's tour of Zimbabwe with the selectors opting to rest most of the senior players.

Batsman Robin Uthappa also made a return to the ODI side, while paceman Sandeep Sharma and leg-spinner Karn Sharma were included in the team to be captained by Ajinkya Rahane.

Opener Murali Vijay, Ambati Rayudu and Bhuvneshwar Kumar were among the senior players picked in the squad announced by BCCI Secretary Anurag Thakur after the selection committee meeting here.

Manoj Tiwary, who had been struggling with injuries for a some time, has been recalled into the side largely benefitting from the absence of the senior players.

"The Indian team did not do well in Bangladesh, we felt the same. (But) we have to move forward and considering the domestic cricket to be played, we have picked this side, looking at the 2016 T20 World Cup," Chairman of selectors Sandeep Patil told reporters.

"We had picked the best possible team that played at the World Cup and keeping the future series in mind, whether it is Sri Lanka, or South Africa home series, Twenty20 World Cup or the Australia series, we have decided to rest a few players, who need urgent rest," he said.

India had stunningly lost 1-2 to Bangladesh in the short series earlier this month.

The team comprises three specialist spinners in Harbhajan, Axar Patel and Karn Sharma, while the pace department will be spearheaded by Bhuvneshwar Kumar with Mohit, Sandeep Sharma and Stuart Binny for company.

"We cannot say on long term basis but looking at Harbhajan's performance in the last series, we feel that he deserves a chance on this tour," Patil said about Harbhajan, who returned to the Test side in the tour of Bangladesh.

"The selectors' job is to pick the best possible combination. The rest is left to the team management. Once we select the team, it is left to the captain to make up the choices," he added.

"It is a good team and picking youngsters is the way forward," BCCI Secretary Anurag Thakur said.

On Rahane being handed the captaincy Patil said, "We are happy with the way his career is shaping up. He has been the most consistent batsman for India and we want to see his other aspects. So, we have given him this opportunity and we will keep backing him,"