In a statement, the actor said Vaiko had spoken to him over the phone on the issue, while Thirumavalavan had made a plea through the media and Velmurugan had sent across a message through a friend. 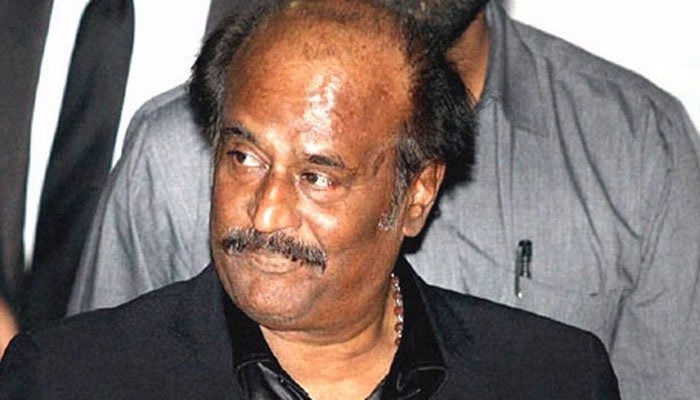 Rajinikanth on Saturday cancelled his visit to Sri Lanka, where he was scheduled to give away homes for displaced Tamils, after some pro-Tamil outfits urged him to withdraw from the programme.

In a statement, the actor said Vaiko had spoken to him over the phone on the issue, while Thirumavalavan had made a plea through the media and Velmurugan had sent across a message through a friend.

"They placed before me various political reasons and kindly asked me not to participate in the programme. Although I could not wholeheartedly accept what they said, I avoid attending the function heeding their request," he said.

The pro-Tamil outfits had cautioned the superstar from getting "involved" in the emotive ethnic issue.

The 66-year-old actor was scheduled to hand over the homes built by Lyca Group's Gnanam Foundation for displaced Tamils in northern Jaffna on April 9-10. Lyca Productions, owned by Subashkaran Allirajah, is producing the actor's latest sci-fi movie "2.0", a sequel to his earlier "Enthiran".

In 2014 various Tamil outfits, including VCK and TVK, had opposed Lyca Productions' Tamil movie "Kaththi", alleging that Allirajah had close business ties with then Sri Lankan President Mahinda Rajapakse, who is often criticised in Tamil Nadu for the death of civilian Tamils during the final battle against the Liberation Tigers of Tamil Eelam (LTTE) in 2009.

Explaining the reason behind his earlier decision to take part in the programme, Rajinikanth said it was his long-time desire to "salute that brave soil."

"There was a long-time desire in me to set foot on that brave soil where lakhs of (Tamil) people gave their lives for the cause of their race. After fulfilling that, I was also eagerly waiting to meet the people and have an open talk with them," he said.

Further, he had planned to meet Sri Lankan President Maithiripala Sirisena to take up the emotive fishermen issue, the actor said.

Apparently pained at the opposition to his Lanka visit, the actor said he was "not a politician, but an artiste" whose duty was to entertain people.

He said if there were any future visits by him to the neighbouring country, it should not be politicised.

"If I get the privilege of witnessing that divine soil in the future by visiting there and entertaining the people, kindly do not politicise that visit," he said.

Rajinikanth said he should not be stopped during such future visits, adding, he was "making the plea humbly and it was his right."