Ram Jethmalani to Appear for Kejriwal in Case Filed By Jaitley 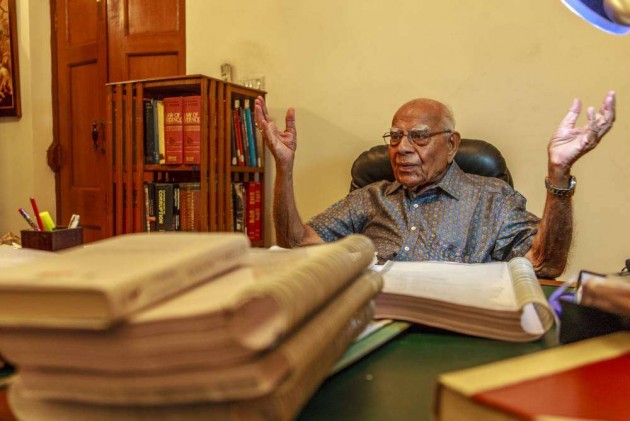 Print
A
A
A
increase text size
Outlook December 21, 2015 23:31 IST Ram Jethmalani to Appear for Kejriwal in Case Filed By Jaitley

Jaitley today filed both civil and criminal defamation cases against Kejriwal and five other AAP leaders for allegedly defaming him and sought Rs 10 crores in damages and their prosecution for offences that entails a punishment of upto two years in jail.

The official said Kejriwal will seek day-to-day hearing in the case.

Earlier, a defiant Kejriwal asserted that the Aam Aadmi Party will not be scared by defamation suits against him and other AAP leaders by Jaitley and asked him to prove his innocence before the one-man Commission of Inquiry announced by Delhi Government to probe alleged irregularities in the Delhi and District Cricket Association.

The Chief Minister also slammed BJP for protecting the Finance Minister despite facing charges of alleged irregularities during his tenure as DDCA chief for around 13 years till 2013.

"I would have taken resignation if there were so much evidence against any of my ministers as I had taken the resignation of Jitender Singh Tomar and Asim Khan. BJP is shamelessly defending Jaitley.

"By filing defamation case, Jaitley is trying to hurt himself. He is caught in his own web," Kejriwal said in a series of tweets.

"Jaitley should not try to scare us by filing cases against us. Our battle against corruption shall continue. Jaitley ji should cooperate with the Commission of Inquiry and prove his innocence there," Kejriwal tweeted.

The Chief Minister's decision to brazen it out became clear last night itself as the other AAP leaders named by Jaitley in his defamation suit had stuck to their guns and continued to target the Finance Minister.

"Setting aside his ministerial responsibilities, Jaitley ji is making the rounds of the courts. But we won't let the matter get buried this time around. We will continue to hold him corrupt in DDCA affairs," AAP leader Sanjay Singh said.