RSS Ideology Is Solution To All Problems, Says Nitin Gadkari 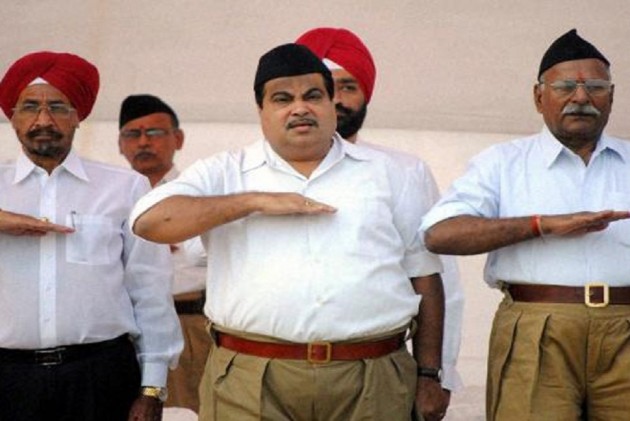 Print
A
A
A
increase text size
Outlook April 30, 2017 10:08 IST RSS Ideology Is Solution To All Problems, Says Nitin Gadkari

Union minister Nitin Gadkari on Saturday said that the ideology of the RSS was "the solution to all the problems".

He was speaking at a function where a book on the RSS, written by Ramesh Mehta and published by Lotus Publications, was released.

"RSS' ideology of socio-economic equality, nationalism and its work in the field of health, education is the solution to all the problems," Gadkari said.

Marxism and socialism had failed over the years, he said.

"RSS' model of social and economic development can give a direction to the world," the senior BJP leader said.

The organisation survived negative propaganda directed at it because of its conviction and commitment, Gadkari said.

"People should be told about the good work being done by the organisation in the field of education, health, personality development, and its service to the nation. Attempts should be made to change the perception of the society (about the RSS)," he said.

RSS' ideology of Hindutva was all-inclusive, he said.

Naik said that while Mehta's book is about RSS' history from 1925 to 1996, its journey and growth thereafter should also be chronicled.