RSS' Vision of Development Will be Vision of India: Bhagwat 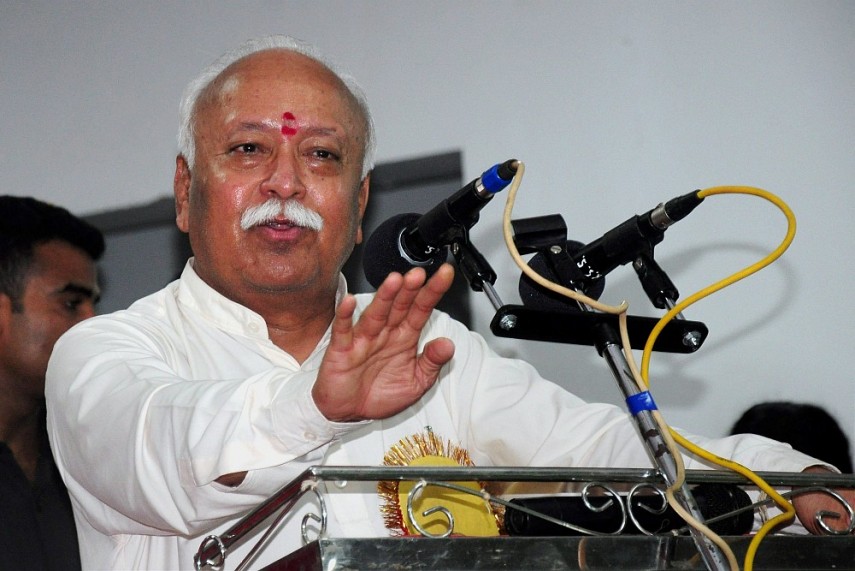 Print
A
A
A
increase text size
Outlook November 28, 2016 09:22 IST RSS' Vision of Development Will be Vision of India: Bhagwat

RSS's vision, which is for the development of humanity, will be the vision of the country in future, the organisation's chief Mohan Bhagwat said today.

Addressing the volunteers in Bhilwara today, Bhagwat said that RSS's vision was for the overall development of humanity and the world and this was going to the be the vision of the country in future.

He asked the RSS workers to work with dedication to take the country to new heights and to make the nation prosper.

"Solution to the problems will be there when the society is made good and this is the vision of the RSS," he said.

He said that when the Sangh's work will expand, the society will grow and prosper.

"In order to unite the entire society and to develop the nation, we will have to unite our rivals and take them too along with us," he said.

Bhagwat was speaking at a function held on the concluding day of his four-day visit to Bhilwara. Other leaders and functionaries of the organisation were also present in the meeting which was attended by close to 10,000 volunteers who were clad in the new uniform.