RSS Working to Make Hindu Community United, Not Opposed to Anybody: Mohan Bhagwat 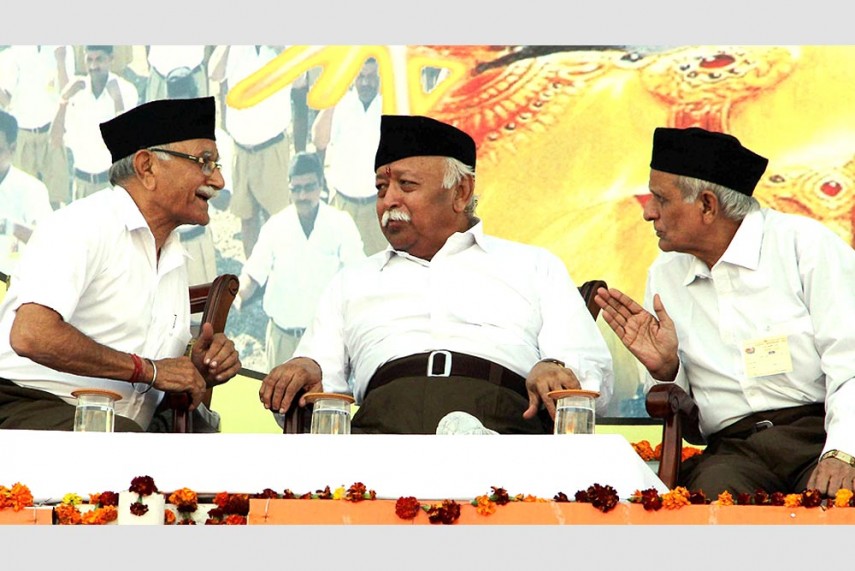 Print
A
A
A
increase text size
Outlook January 14, 2017 20:25 IST RSS Working to Make Hindu Community United, Not Opposed to Anybody: Mohan Bhagwat

RSS chief Mohan Bhagwat today said his organisation was working to make the Hindu community united and strong, asserting it is "not opposed to anybody".

Bhagwat also said only the weakness of the Hindus are to be blamed for their oppression in neighbouring Bangladesh.

He was speaking at a RSS rally here for which the city police had earlier refused permission. The Calcutta High Court yesterday allowed RSS to hold the programme.

"Are the Hindus able to perform their religious rites and activities freely and fairly across India? Are human rights of the Hindus well established in this country?," he asked.

"If the answer is no, then why do you get surprised when Hindus are being oppressed in Bangladesh? The Hindus are only responsible for their own condition. Hindus are facing this situation because they are not united and strong. We should work in uniting the Hindu Samaj, without opposing anybody," Bhagwat said.

In October last year during the Durga Puja festival, the RSS had complained to state Governor K N Tripathi that the Hindus were not being able to perform their religious rites properly in some parts of the state.

In a subtle dig at the state administration, which had opposed the rally, Bhagwat said it is always fun to work and reach the target despite all odds and hurdles.

"Keshav Baliram Hedgewar, the founder of RSS, despite all odds had formed this organisation for the unity of Hindus. Many people had opposed us and our work, but we are standing firm," he said and asked the RSS cadres to increase their activities to strengthen the Hindu community.