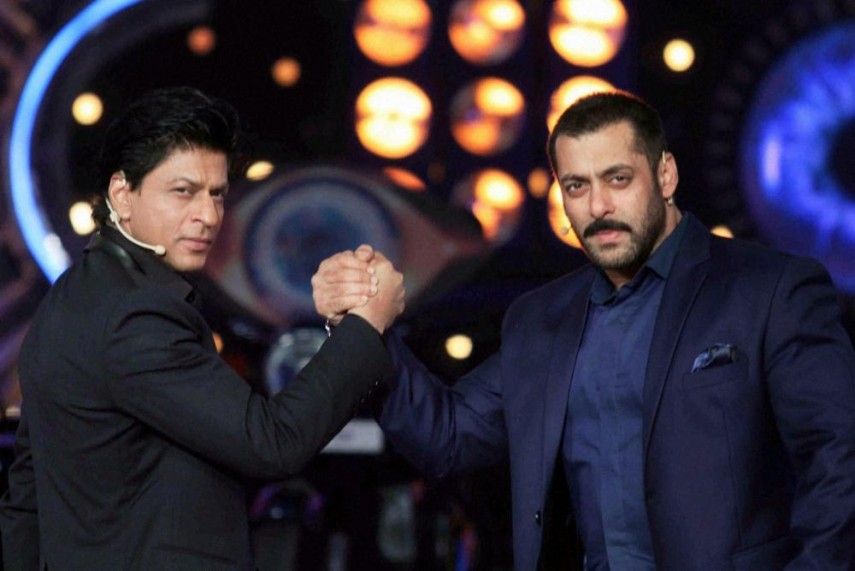 Bollywood superstar Salman Khan has unseated his actor-friend Shah Rukh Khan to become the top earning celebrity of 2016 in the Forbes India Celebrity 100 List with an estimated income of Rs 270.33 crore.

The other leading names in the list include skipper Virat Kohli, actor Akshay Kumar and M S Dhoni chronologically.

However, the 50-year-old Salman is ranked at No 2 in terms of fame, which is topped by ace cricketer Kohli.

In the fifth rich 100 celeb list released by Forbes India, the ranking is based on two parameters: estimates of entertainment-related earnings and estimates of fame during the period October 2015 to September 2016.

The magazine attributed the rise of Salman to his box office hits-- the Sooraj Barjatya-directed Prem Ratan Dhan Payo in late 2015 and then Sultan in 2016.

The magazine further said Salman's estimated total earnings constitutes 9.84 per cent of the total wealth of the top 100 celebs at Rs 2,745 crore for the year.

SRK at No 2, has reportedly earned Rs 221.75 crore and also comes at No 3 in terms of fame. He lost his perch at the top in what was a mixed year for him both in terms of box office success and brands endorsed.

When it comes to fame ranking, Test cricket captain Virat Kohli is the most popular celebrity and this has improved his earnings rank to No 3 with a reported Rs 134.44 crore earnings. In 2015, Kohli was ranked No 7.

With an estimated earnings of Rs 203.03 crore and the fame rank of 11, Akshay Kumar has also moved up to No 4 on the list, driven by the successes of his flicks Airlift, Rustom and Housefull 3, apart from growing endorsements.

Though Mahendra Singh Dhoni with an estimated earnings of Rs 122.48 crore and fame ranking of four, retired from Test cricket in December 2014, his fame quotient has shot up this year because of the biopic on him, fetching him the fifth position overall in this year's list.

The magazine chief executvie Joy Chakraborthy said the fifth list is based on the evaluaton of the talent across the entire entertainment world including idols from Bollywood to sports world thereby creating a truly holistic list.

Magazine Editor Sourav Majumdar said, "movies and sports are very big businesses and this year's list is also ample evidence of the enormous influence of Bollywood and cricket in the country."

Bollywood beauty Deepika Padukone is at 6 with a reported earnings of Rs 69.75 crore and a fame ranking of 8; Sachin Tendulkar at 7 with an income of Rs 58 crore and the fame ranking of 6; Priyanka Chopra worth Rs 76 crore is at 8, Amitabh Bachchan worth Rs 32.62 crore at 9 and Hrithik Roshan at 10 with an estimated income of Rs 90.25 crore.

The highest gainers this year are: singer Arijit Singh (up 50 spots to No 15), Tamil actor Rajinikanth (up 39 places to No 30) and pulp fiction writer Chetan Bhagat (jumps 26 notches to No 40).

This year also saw eight returnees to the list- filmmaker Sanjay Leela Bhansali at No 75 and the musical trio of Shankar-Ehsaan-Loy at No 83.

There are also 14 newcomers, who include a range of personalities like noted chef Sanjeev Kapoor at No 73, the Olympian PV Sindhu debuts on the list at No 62, Rapper Badshah also makes to No 81, propelled by many popular hits in the period under review.