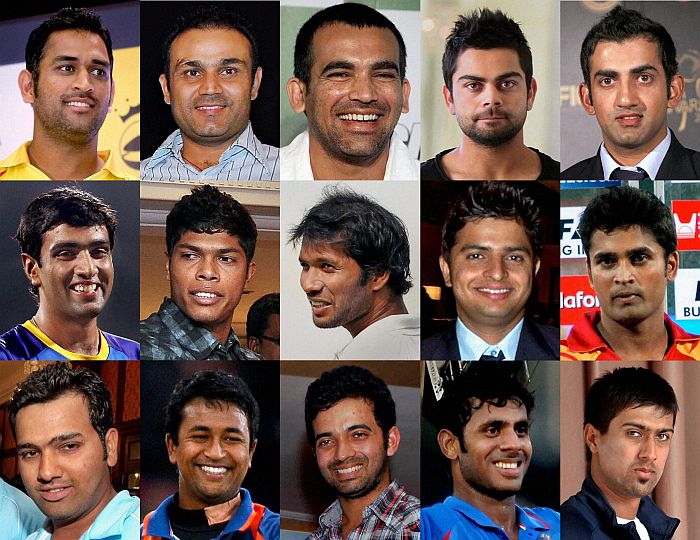 Sehwag, Zaheer, along with young pacer Umesh Yadav, had sat out of the Asia Cup in Bangladesh in March due to fitness issues. While Sehwag was nursing back spasms and a shoulder injury, Zaheer and Umesh too had niggles.

Left-arm spinner Pragyan Ojha made a comeback in the ODI format after nearly two years in place of an out-of-form Ravindra Jadeja.

Tendulkar, who has played only two ODI series since 2011 World Cup and is now a Rajya Sabha MP, made himself unavailable for selection for the Lanka tour which will have five ODIs and a Twenty20 International.

Young Mumbai batsman Ajinkya Rahane has replaced Tendulkar in the side.

The committee, which picked the squad in a meeting here, also decided to include Umesh at the expense of Praveen Kumar.

It was learnt that the decision to drop Jadeja, Praveen and Pathan brothers Irfan and Yusuf was taken after consultations with chief coach Duncan Fletcher.

"We have the best available team. Sachin is not available. I think it is a very good side which has very strong batting line-up and good bowlers and we are confident that it will do well in Sri Lanka," chairman of selection committee Krishnamachari Srikkanth told reporters after announcing the squad.

There was no place for off-spinner Harbhajan Singh, who has now signed up with English county Essex, as the selectors continued to ignore him while Rahul Sharma was retained in the side. Three spinners were included as pitches in Sri Lanka offer turn for the spinners. The team will also have seven specialist batsmen, four seamers and a wicketkeeper in captain Mahendra Singh Dhoni.