The Sena also accused the BJP of going out of the way to flaunt its "secular credentials" and said it would not even hesitate to dub Chhatrapati Shivaji and Lokmanya Tilak as "anti-nationals" to serve its purpose. 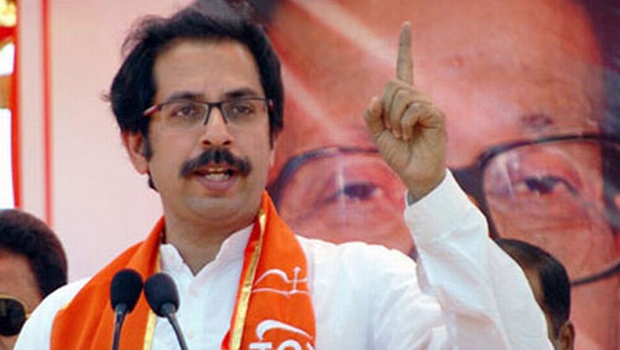 After deciding to go it alone in civic polls in Maharashtra, Shiv Sena today unleashed a stinging attack on BJP, saying it feels it had wasted a quarter century by being in an alliance with the saffron party for the sake of "Hindutva" and the interests of Maharashtra.

The Sena also accused the BJP of going out of the way to flaunt its "secular credentials" and said it would not even hesitate to dub Chhatrapati Shivaji and Lokmanya Tilak as "anti-nationals" to serve its purpose.

"We have been experiencing this for the last 25 years for the sake of Hindutva and for the welfare of the state. But these 25 years have been wasted and rusted. What should have happened 25 years back has happened today," an editorial in party mouthpiece ‘Saamana’ said.

"The state will breathe fresh for the first time in 25 years because the rope tied around the neck of Hindutva has finally been unknotted," it said.

"The alliance with BJP was over during the (2014) Assembly polls itself...What remained was a mere relation for Hindutva and Maharashtra, but BJP finished that as well owing to their ill intentions of winning everything with money and power.

"These people are worse than those who were in power under the Congress regime. These people could dub icons like Shivaji Maharaj and Lokmanya Tilak as anti-nationals to prove their secular credentials," the Sena said.

"When we allied with the BJP, we kept in mind the 'yuti dharma' (coalition principles). But BJP had deceit in its heart. Had it not been so, they would not have used the polls to expand its base rather than keeping the interests of people in mind," the Sena said.

"The memorial for Chhatrapati Shivaji is being built for political gains. But what about the ideals of Shivaji Maharaj? He never played politics of religion," it said.

"These people do not want to safeguard religion but want to increase their seats and save their chairs. Whatever is beneficial to them is their religion," the Sena said.