Since BJP Failed To Break CPI(M) In Kerala, It's Resorting To Killing Left's Workers With RSS Help: Brinda Karat 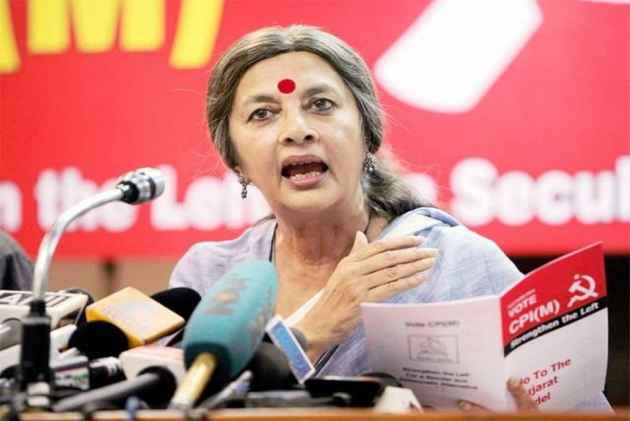 Print
A
A
A
increase text size
Outlook August 07, 2017 17:42 IST Since BJP Failed To Break CPI(M) In Kerala, It's Resorting To Killing Left's Workers With RSS Help: Brinda Karat

CPI(M) politburo member Brinda Karat on Monday criticised Union minister Arun Jaitley for his speech in Kerala and alleged that it had hit the peace process initiated by the state government there.

Jaitley had on Sunday urged the Kerala government to put an end to the "politics of annihilation" and allow the opposition to function freely.

Karat, who was here to attend a party meet, told reporters that the Union finance minister's speech in Thiruvananthapuram was beneath the dignity of a central minister and claimed that it had provoked the people of Kerala to trigger an unrest in the state.

She alleged that since the BJP had "failed to break" the CPI(M) "through money and muscle power" in Kerala, it was now resorting to killing the cadre of the Left party "with the help of the RSS".

Karat alleged that the law-and-order situation was "worse" in the BJP-ruled states, compared to Kerala.

"Records show that political killings have increased in a state like Uttar Pradesh among others," she claimed.