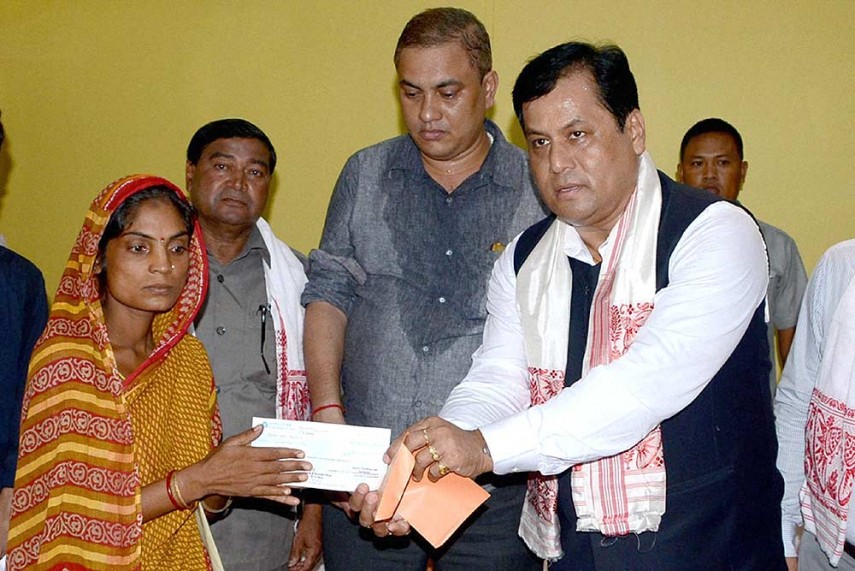 Assam Chief Minister Sarbananda Sonowal today denounced the attack by suspected NDFB(S) in Korajhar that claimed 12 lives as "cowardly and dastardly" and said the militants would be dealt with "very sternly".

He announced an ex-gratia payment of Rs 5 lakh to the next of kin of the dead, Rs one lakh to the seriously injured and Rs 20,000 to those who sustained minor injuries in the attack.

Directing Assam Director General of Police Mukesh Sahay to beef up security and launch a vigorous drive to apprehend those behind the "heinous crime", Sonowal, who is away in Delhi, said the militants would be dealt with "very sternly", a statement from the CMO said.

"We will not tolerate any threat from any group. The government will not bow to any pressure while tackling terrorist groups," he said, adding all deputy commissioners and superintendents of police across the state have been directed to be on high alert following the attack and in view of the Independence Day.

"Ensuring protection to life and property of the people is the first and foremost duty of the government. I appeal to all people of Assam to exercise restraint and to maintain peace and harmony," he said.

The Chief Minister said Prime Minister Narendra Modi and Union Home Minister Rajnath Singh discussed the incident with him and have conveyed their deepest condolences to the family members of those killed in the attack.

Sonowal asked the district administration of Kokrajhar to ensure that the injured persons got proper treatment and the seriously injured were taken to Guwahati Medical College and Hospital for immediate treatment.