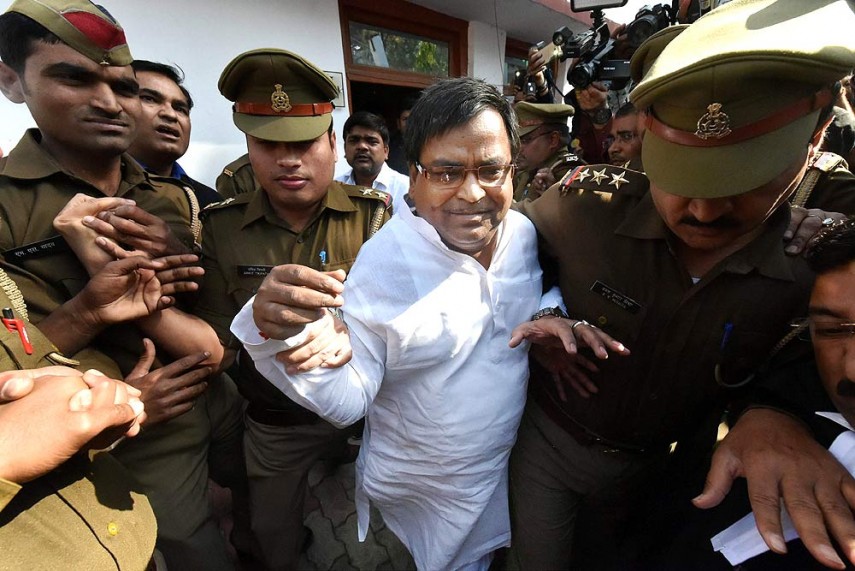 The Samajwadi Party has dismissed allegations that the erstwhile Akhilesh Yadav government had "shielded" its rape accused minister Gayatri Prajapati, arrested today after being on the run for nearly a month.

Questining the "hype" over the arrest, SP general secretary Ramgopal Yadav wondered if it was "the first ever arrest made or whether the accused is like President Obama to be talked about".

The tainted former minister had contested the Assembly polls from Amethi, but lost his seat.

Prajapati was arrested in Lucknow today, four days after the change of guard in Uttar Pradesh, where the BJP emerged victorious winning over 300 seats in the recently held assembly polls.

"Law was always following its course in Uttar Pradesh. Every effort was made to arrest Prajapati.

"He was not available. Now the police has arrested him. There was no effort made to shield him," Yadav told reportes at Parliament premises.

Following a Supreme Court directive, Prajapati was booked on February 17 along with six others for allegedly gang-raping a woman and attem