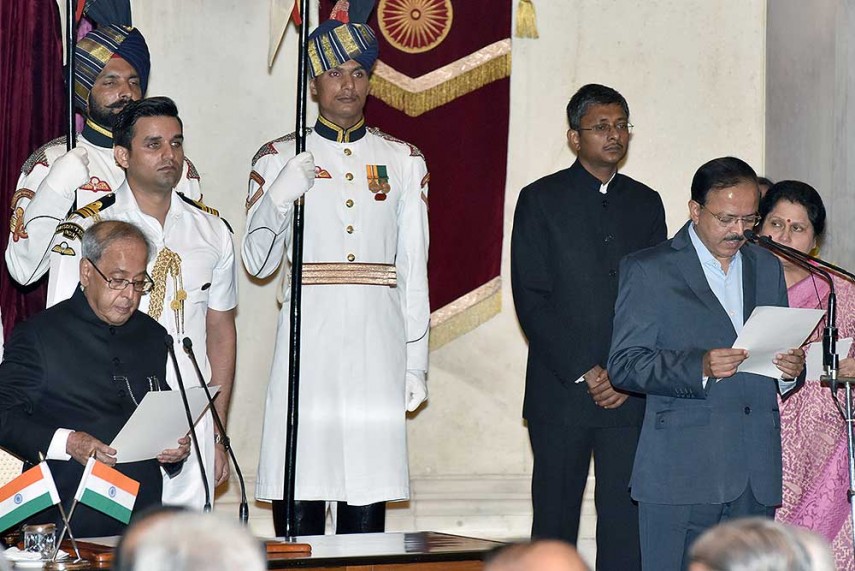 Subhash Bhamre's, an oncologist and a first-time MP,  induction into the Union Ministry is being seen as the Modi government's attempt to compensate Maharashtra for the exit of Raosaheb Danve, who resigned after being appointed the president of BJP's state unit.

It is also an effort to humour BJP supporters in Jalgaon-Dhule belt, who are apparently unahppy over the exit of party heavyweight Eknath Khadse from the Devendra Fadnavis Ministry in the wake of accusations of wrongdoing in purchase of Maharashtra Industrial Development Corporation land.

Bhamre, born on September 11, 1953, defeated Amrish Patel of Congress to enter the Lok Sabha in 2014 elections from the Dhule constituency, bordering Gujarat. His constituency adjoins Jalgoan, the home turf of Khadse.

He has been offering free treatment to cancer patients. He has conducted free multiple medical camps and surgeries. He organised public education speeches for cancer awareness and its early detection and prevention.

Bhamre is also known for visiting houses of financially weak cancer patients, who couldn't afford to visit hospital for diagnosis and treatment.

Bhamre was among the 'non-political' personalities fielded by BJP in 2014 elections and registered a convincing victory over Patel as the Modi wave swept the constituency.

During his college days, Bhamre was the vice captain of Mumbai University's chess and basket ball teams.