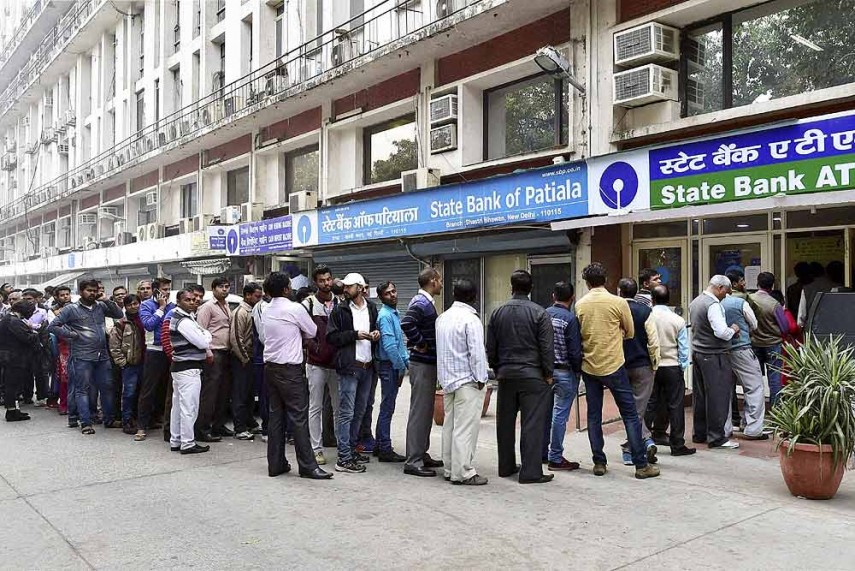 The Centre today told the Supreme Court that substantial amount of banned Rs 500 and Rs 1000 notes has been deposited in banks and the situation post demonetisation will ease out in next two-three weeks.

In an additional affidavit, filed a day before the crucial hearing of various pleas challenging demonetisation, the Centre justified the drive saying it is in the interest of the nation and would help in curbing black money and weeding out fake currency from the system.

It said the demonetisation would also give a boost to anti-terror activities of the country.

Highlighting the measures taken to normalise the situation after the November 8 notification when Rs 500 and Rs 1000 noted seized to be legal tender, the additional affidavit settled by Attorney General Mukul Rohatgi said the number of recalibrated ATMs are increasing day by day and government is monitoring the grant given to farmers.

It told the court that government is also monitoring various exemptions given in the drive and from December 2, petrol pumps will not take Rs 500 currency notes as use of debit and credit cards is picking up pace.

"Since the digitisation is in progress at desired pace, government has decided to stop the use of old Rs 500 notes at petrol pumps from December 2, which otherwise would have been till December 15," he said that this fact has been brought in the affidavit.