Supreme Court Has to Decide Whether Triple Talaq is Unconstitutional: Attorney General 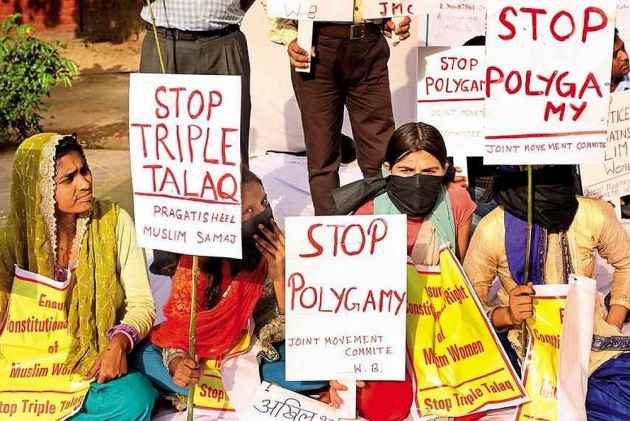 Print
A
A
A
increase text size
Outlook May 24, 2017 18:18 IST Supreme Court Has to Decide Whether Triple Talaq is Unconstitutional: Attorney General

Parliament has all the powers to make a law against triple talaq, but now the "ball is in the compound" of the Supreme Court" to take a call on the constitutional validity of the practice, Attorney General Mukul Rohatgi has said.

Rohatgi, who dubbed as "an eyewash" the latest affidavit of All India Muslim Personal Law Board (AIMPLB) that those who resort to triple talaq will face social boycott, said that Parliament in the past has enacted laws to get rid of unconstitutional practices like untouchability and Sati.

"Parliament has the power to enact law and it has in the past done also, but this does not make the court to not intervene and hold the practice has invalid. Now the ball is in the compound of the court and it has to decide", Rohatgi told PTI here.

The statement of the Attorney General, who also said the affidavit was "a desperate attempt to divert the attention of the court", is significant as the Supreme Court has reserved its verdict on the issue of triple talaq after hearing the matter for six full days.

The AIMPLB affidavit also says that an advisory will be issued to the 'Qazis' to tell the grooms that they will not resort to such a form of divorce.

Rohatgi said that the Muslim body was attempting to gain "legal sanctity among the community ... It is a desperate attempt made by the AIMPLB to get some kind of legitimacy which it does not have".

During the hearing on the triple talaq matter by a five- judge constitution bench, Rohatgi had said that a new law to regulate marriage and divorce among the Muslim community would be brought if all forms of divorce including triple talaq are struck down.

He had termed all the three forms of divorce among the Muslim community –- talaq-e-biddat, talaq hasan and talaq ahsan, as "unilateral" and "extra-judicial".

When the five-judge bench had asked Rohatgi if the Centre wanted social welfare and reforms, why can't it bring laws to correct the wrong, he had said "yes, we can bring law. There is no law for past 60 years. It has not been done. But the court should first strike down these practices which are not in confirmity with the Constitution."

The AIMPLB in its affidavit has dubbed triple talaq as an "undesirable practice" in the Shariat or Islamic law, and said a dispute between husband and wife should be settled through "mutual interaction" and a code of conduct on this has been released by it, keeping in mind the tenets of the Shariat.

"I think this affidavit of AIMPLB is an eyewash. The board has no legal sanctity by itself. It is unclear as to how many people they speak for. They do not have any persuasive authority," Rohatgi said.

Questioning the AIMPLB affidavit and its outreach, he said it is not clear how many Qazis will abide by, agree and understand the advisory issued by the personal law board. "It is also unclear as to how many Qazis will inform the groom at the time of Nikah not to resort to triple talaq."

There is also no mechanism to oversee whether the Qazis have advised the bridegroom not to resort to triple talaq and whether the grooms would actually follow the advise, he said.

The Attorney General said that given the illiteracy rate and the dominant position of males in the community, it is difficult to comprehend as to "how many brides would come out to say what they actually want to say."

"Therefore the whole thing is a desperate attempt to divert the attention of the court. Further, if the AIMPLB says that the practice is not good, then they should have enlightened the court to declare triple talaq as invalid," Rohatgi said.

He said "in my humble view, the court should not give any credence to such an affidavit of the board".