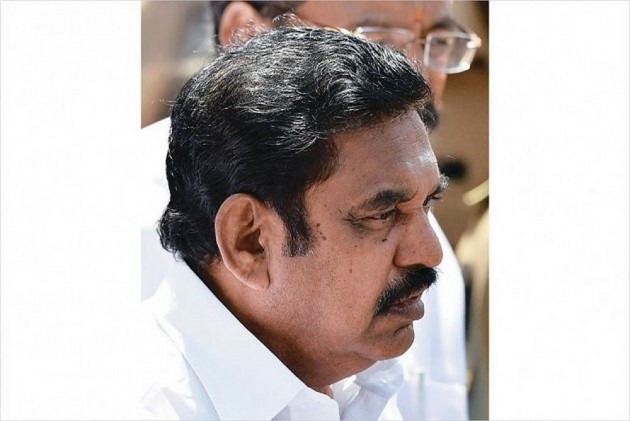 DMK, which demanded that the remarks be expunged, also tried to raise the issue of a no confidence motion proposed by it against Speaker P Dhanapal.

But the Speaker said he would stick to the day's agenda of presentation of the budget and possibly take up the matter later during this session.

At this point, Leader of the Opposition M K Stalin sprang to his feet and questioned how the name of a person convicted by the court could be raised in the Assembly. He was supported by party MLAs who were seen making loud protests.

In the meantime, the Speaker asked the Finance Minister to pause his budget speech for a while and allowed Stalin to speak.

Questioning mention of Sasikala's name, Stalin said the Speaker does not even allow sub-judice matters to be raised.

Countering him, Leader of the House and School Education Minister K A Sengottaiyan said it was the usual practise for ministers and MLAs to greet, laud and thank their party leader while speaking in the Assembly.

There was "nothing wrong" in Jayakumar taking the name of Sasikala, he said.

Stalin reiterated how a convicted person's name could be taken in the House and wanted the Speaker to expunge the remarks by the Finance Minister.

Sengottaiyan remarked Sasikala was AIADMK General Secretary and it was not wrong to mention her name.

Later, the Finance Minister continued with his budget speech uninterrupted.

Prior to presenting the budget, Jayakumar paid respects at the memorial of late Jayalalithaa at the Marina Beach here, placing the suitcase containing the budget papers at the site.

Meanwhile, AIADMK MLAs owing allegiance to Sasikala welcomed Chief Minister Palaniswami by thumping of the desks when he entered the house.