Team Of Journalists Visits Kashmir, To Release Report On Situation Next Month 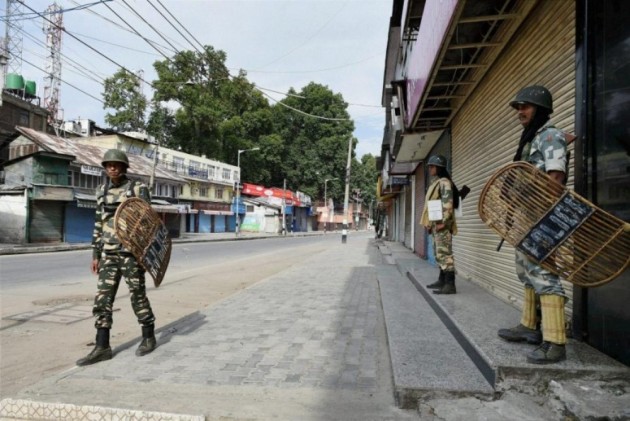 Print
A
A
A
increase text size
Outlook November 19, 2016 20:58 IST Team Of Journalists Visits Kashmir, To Release Report On Situation Next Month

A four-member delegation of Delhi-based journalists, which was in Kashmir to assess the situation in the aftermath of the unrest following the killing of Hizbul Mujahideen commander Burhan Wani in July, on Saturday concluded its visit and will release a report next month.

"Four of us have come here as an independent group of journalists. This is not a political mission. This is not for any kind of mediation between New Delhi and Srinagar. We thought of trying and bringing out a comprehensive report by speaking not so much to those in authority, but more to the people of Srinagar," senior journalist Seema Mustafa said.

Mustafa, who is the Director of the Centre for Policy Analysis, headed the delegation.

She said the delegation met a cross-section of people, including separatist leader Mirwaiz Umar Farooq, and held detailed discussions with them on the situation in the Valley.

"Our emphasis has been on people. We have met more than 70 people, a lot of young people, different members of the media, bureaucracy and academicians. We had very long and detailed discussions with them. From the separatist camp, we met the Mirwaiz. We could meet only him. We tried to meet (Syed Ali Shah) Geelani but could not, though we spoke to him on telephone and we spoke to (JKLF chief Yasin) Malik as well.

"As the Hurriyat is now united, so we presume that the Mirwaiz spoke for everybody," she said.

Mustafa said the report would be released on December 6 in New Delhi and would be presented to parliamentarians, civil society and maybe to the government as well.

The report is going to be a fairly analytical one about the situation in Kashmir, particularly in the last few months.

"It will purely be based on the conversations we had with the people here," she said.