Terrorists in Kashmir Now On The Run, They Cannot Continue To Terrorise People For Decades: Jaitley 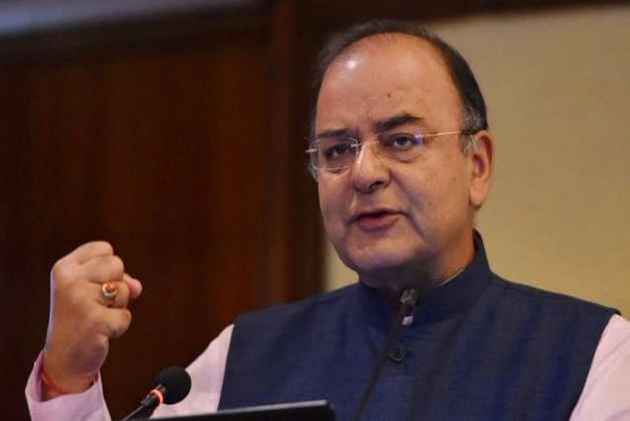 Print
A
A
A
increase text size
Outlook August 13, 2017 17:01 IST Terrorists in Kashmir Now On The Run, They Cannot Continue To Terrorise People For Decades: Jaitley

Defence Minister Arun Jaitley today said that terrorists in the Kashmir Valley are now on the run and they cannot continue to terrorise the people for decades.

He said the terrorists in Kashmir were "now under great pressure" and the financial crunch caused by demonetisation and the action taken by National Investigation Agency (NIA) on illegal foreign fundings have checked illegal activities in Jammu and Kashmir in large scale.

Jaitley, who was participating in a television programme, however refrained from making any comment on the standoff between India and China in the Dokalam area near the Bhutan trijunction, just saying "let us have full faith on our security forces".

"Today no big militant can dream of committing terror acts and continue to terrorise the Valley for decades, but today their life shelf has dwindled to a few months. I will specifically praise the Jammu & Kashmir police for working hard (towards eliminating terrorists)," he said.

Jaitley said the country faced two serious threats -- one with respect to Jammu and Kashmir with maximum incidents happening from across the border, and second being the problem of Left-Wing Extremism in central parts of the country.

"Since independence, Pakistan has never agreed that Kashmir is an integral part of India. That has been their unfinished agenda. They tried conventional war. But India's capability was way ahead in the conventional war. The wars of 1965, 1971 and Kargil clearly proved this," he said.

Jaitley said in the 1990s, they started changing their strategies and resorted to encouraging terrorism inside the country.

"There is domination of our forces on the Line of Control (LoC) and the international border and it is difficult for terrorists to cross them," he said at the India TV Conclave 'Vande Mataram'.

To a question about beheading and mutilation of Indian security force personnel by Pakistan, Jaitley said "what happened after that, has been seen by everyone". He was apparently referring to the surgical strike inside the parts of Pakistan Occupied Kashmir after the incident.

Jaitley said the forces were dominating the border with the help of technological tools. "After surgical strikes in September last year, our forces are liquidating militants," he said.

The defence minister said that there was a move by the security forces to clean up the Valley of armed terrorists.

He said the money received by terrorists and other such groups has been squeezed post-demonetisation and there has been the effect of the actions taken by the NIA against foreign funding allegedly used for subversive activities.

"Whenever there was an encounter (earlier), hundreds and thousands would come out to throw stones. Many a times, terrorists would escape under the protection of stone throwers. This is now becoming a history.

"Those who were coming in hundred and thousands, today their number is limited to 20, 30 and 50. For the first time in the history, we have been they have started looting banks," he said.

Jaitley said the terrorists are under tremendous pressure. "They are on the run. Their number is also declining. Security forces are dominating them ," he said.

He said India has been by and large free from the threat of the ISIS. "There may be some isolated or exceptional incidents but there has been no influence in India."

The defence minister expressed concern over some instances of glorifying the acts of terrorists or Maoists.

Referring to shouting of 'anti-India slogans by some in Jawaharlal Nehru University last year, he expressed concern over the association of mainstream political parties with those raising such slogans.

Jaitley said a disturbing trend is coming up where efforts are being made to show the Indian state as helpless.

To questions on India's defence production, Jaitley said his ministry was working out ways to boost domestic production for the defence sector.

"We want India to become a global power in defence manufacturing sector, and towards that end, we are encouraging private players to come forward. We will, of course, also continue to strengthen our ordnance factories and defence PSUs," the minister said.

Continue FREE with Ads Pay Rs. 1 to Read Without Ads
READ MORE IN:
Arun Jaitley National
Next Story : Kejriwal to Review Preparation of Delhi Hospitals in The Wake of Gorakhpur Incident
Download the Outlook ​Magazines App. Six magazines, wherever you go! Play Store and App Store