There Should Be No Talks With Pakistan: M.S. Bitta 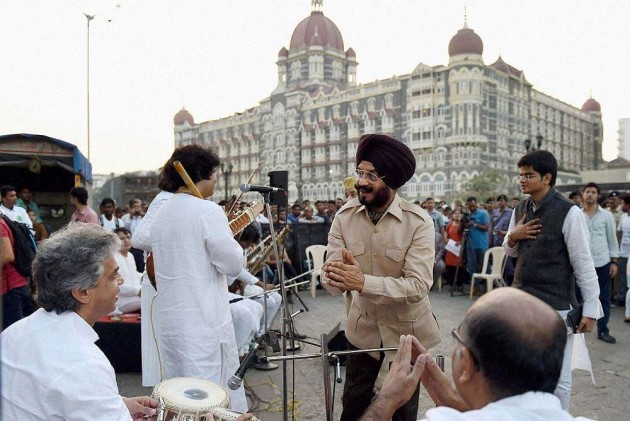 Strongly condemning the attack by suspected Pakistani terrorists on an Air Force base in Pathankot, Chairman of the All India Anti-Terrorist Front, M S Bitta today said there should be no talks with Pakistan till cross-border terrorism is not stopped.

"It is a dastardly and a cowardly act. I am of the view that there should be no talks with Pakistan till the time   cross-border terrorism is not stopped. India should forthwith stop dialogues with Pakistan, completely seal the borders and suspend the Lahore bus, train services, and other engagements," Bitta said.

Bitta, who had survived a terrorist attack in Delhi in 1993 when he was the chief of the Youth Congress, said the timing of the attack reminded him of former Prime Minister Atal Bihari Vajpayee's visit to Lahore when Pakistani army was planning an attack on Kargil.

"In my opinon, Prime Minister Narendra Modi should not have visited Pakistan, even if it was not a formal visit. I feel ISI in Pakistan is stronger than the government there. Whenever any good initiative is taken from our side, they betray us," he told PTI over phone.

"I will say that political parties will have to change their politics and put the fight against terrorism at highest priority, other things can come later. If this is not done, then no one can save this country," Bitta said.

"Terrorists don't have any religion, they are out there to destroy and kill innocent people," he stated.

He also said that Punjab now has to maintain maximum alert.

"Pakistan will try to make Punjab soft target again, we will have to be alert. I appeal to political parties in Punjab also that peace returned to the state after so much bloodshed during militancy days, let's try to save it otherwise it is on Pakistan's radar and consequences can be grave," he added.

Bitta also said, "We need to strengthen our security system, like on the pattern of Gujarat, which also shares border with Pakistan".

"We should also raise people's awareness about the threat which terrorisim poses, like the way we had done in Punjab during terrorism days. Political parties must also play a responsible role to educate people. Unfortunately, they just debate and fight on TV and the matter ends there," he said.