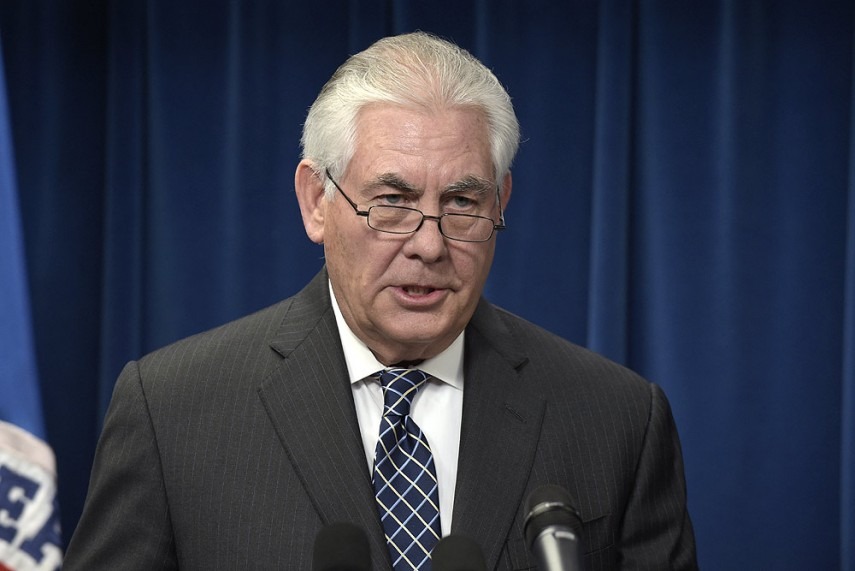 With fresh urgency but scant solutions, US Secretary of State Rex Tillerson and top foreign diplomats held an urgent meeting today to strategize on a way forward to end the protracted civil war in Syria.

A meeting of the "likeminded" countries was hastily arranged on the sidelines of a Group of 7 industrialised economies in Italy, days after the US for the first time launched airstrikes against Syrian President Bashar Assad's forces.

It came hours before Tillerson was to make a tense trip to Moscow to press Russia's leaders to finally abandon their support for Assad.

Though intended to punish Assad for a chemical weapons attack, the US strikes last week served to refocus the world's attention on the bloody war in Syria, now in its seventh year.

Diplomats gathered in Italy as US officials in Washington floated the possibility of new sanctions on the Syrian and Russian military, plus the threat of additional US military action if Assad's government continues attacking civilians.

Today's meeting in the walled Tuscan city of Lucca, the G-7 countries were joined by diplomats from Muslim-majority nations including Jordan, Qatar, Saudi Arabia, Turkey and the United Arab Emirates.

The inclusion of those countries is important because the US strategy for Syria involves enlisting help from Mideast nations to ensure security and stability in Syria after the Islamic State group is defeated.

Seated around long tables in an ornate, red-walled room, the diplomats smiled and exchanged pleasantries but made no remarks as photographers were allowed in briefly for the start of the meeting. The session lasted roughly an hour.

A key focus since the chemical attack has been on increasing pressure on Russia, Assad's strongest ally, which has used its own military to prop up Assad in Syria. The US and others have said that Russia bears responsibility for the deaths of civilians at the hands of Assad given Moscow's role in guaranteeing the 2013 deal in which Assad was supposed to give up his chemical weapons arsenal.

The US raised the stakes significantly on Monday when a senior US official said Washington has made a preliminary conclusion that Russia knew in advance of Syria's chemical weapons attack last week. Yet the U.S. Has no proof of Moscow's involvement, said the official, who wasn't authorized to speak publicly on intelligence matters and demanded anonymity.