Timeline of Fidel Castro's dealings with 11 US presidents 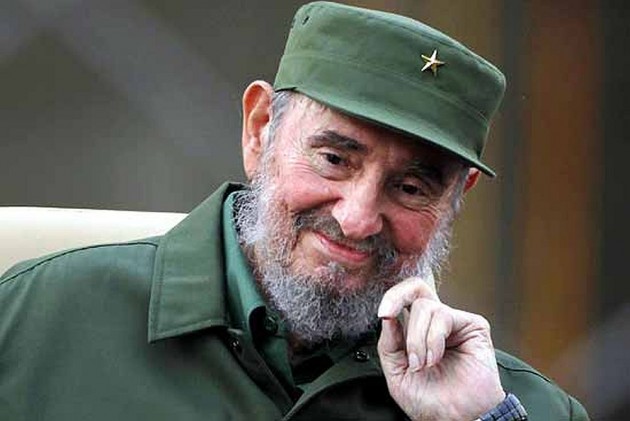 Print
A
A
A
increase text size
Outlook November 26, 2016 13:54 IST Timeline of Fidel Castro's dealings with 11 US presidents

From Dwight Eisenhower, who broke US diplomatic relations with Cuba, to Barack Obama, who decided to normalise them, 11 US presidents faced off with Cuban revolutionary leader Fidel Castro, who died today.

-- Dwight Eisenhower (Republican, 1953-1961): Provided arms to dictator Fulgencio Batista, who was battling Castro's rebels. Prepared the invasion of the Bay of Pigs and broke off diplomatic ties with Cuba in January 1961.

-- John F Kennedy (Democrat, 1961-1963): Gave the green light for the invasion of the Bay of Pigs in April 1961. Put in place the US embargo against Cuba in February 1962 before the Cuban missile crisis erupted that October. Was working to promote a rapprochement when he was assassinated in 1963.

-- Gerald Ford (Republican, 1974-1977): In office as attacks against Cuban missions abroad multiplied and an attack on a Cuban airliner left 73 dead. Authorized the first trip of US businessmen to Cuba and eased the embargo.

-- Jimmy Carter (Democrat, 1977-1981): Further eased the embargo. Opened a US interests section in Havana and allowed a Cuban interests section to open in Washington. Allowed Cuban exiles to travel home. Signed maritime boundary treaty. In office during Mariel boatlift of Cuban emigrants to US. Visited Cuba as an ex-president in 2002 and again in 2011.

-- Ronald Reagan (Republican, 1981-1989): Relations take a turn for the worse, and easing of embargo rolled back. Creation of the Cuban-American National Foundation, the main exile organization, and the anti-Castro stations Radio and TV Marti. First immigration deal signed in 1984.

-- George H W Bush (Republican, 1989-1993): Reinforced embargo with the Torricelli Act, as the Soviet bloc crumbled. US subsidiaries in third countries banned from dealing with Cuba.

-- Bill Clinton (Democrat, 1993-2001): Put into force Torricelli Act and approved Helms-Burton Act, which again tightened embargo. In 1994, 36,000 Cubans fled for the US in makeshift boats and rafts. A new immigration agreement was signed and Clinton backed anti-Castro activists.

-- George W. Bush (Republican, 2001-2009): Increased financial aid to anti-Castro groups and strengthened embargo. Limited travel to Cuba by exiles, and the money they could remit to relatives at home. Approved food trade with restrictions. Raul Castro took helm during his tenure.

-- Barack Obama (Democrat, 2009-present): Lifted restrictions on trips by exiles and amount of money they could send home. Opened a "dialogue" on immigration.

In December 2014, Obama and Raul Castro announced simultaneously that the nations would normalise relations. The two countries Cuba reopened embassies in each other's capitals in July 2015. Obama made a historic visit to Cuba in March 2016, the first by a serving US president since 1928.