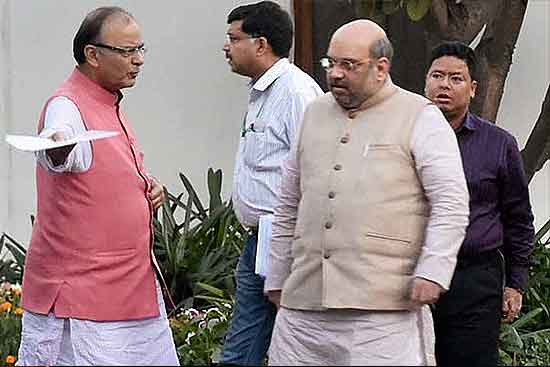 Top ministers and BJP leaders joined a crucial three-day meeting of RSS and its affiliates that began here today to brainstorm over key social and economic issues including those confronting the Modi government.

Prime Minister Narendra Modi is also expected to attend the coordination meet while BJP chief Amit Shah will be present there for the better part of the exercise in which issues like census figures, OROP, Patel agitation in Gujarat, land bill, labour reforms and education policy are likely to be discussed.

More ministers will join the event being presided by RSS head Mohan Bhagwat.

Government ministers may brief the 93 top functionaries of the Rastriya Swayamsevak Sangh (RSS) and its 15 affiliates about several issues, including economy, agriculture and education, and will be given inputs by the 'Sangh parivar' bodies, sources said.

While the meeting is seen as appraisal exercise for the 15-month-old Modi dispensation, RSS has maintained that it is neither meant to review the government's performance nor to take any decision but only to "exchange notes" and deliberate over the inputs provided by the participants.

Sources said social, economic, cultural and education issues will be discussed during the three days and the ministers concerned will attend.