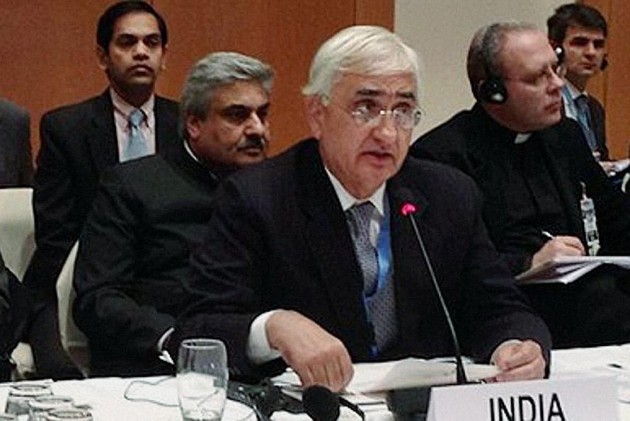 Senior Congress leader Salman Khurshid who is the amicus curiae in the ongoing Triple Talaq hearings, said before the Supreme Court that the controversial Islamic divorce system cannot be justified whatsoever.

"There was a discussion that whether Triple Talaq is valid constitutionally. Substantiating my view with reasons and examples, I asserted that IT cannot be justified and cannot be given law's validation," Khurshid said during the hearing which entered its second day today.

The apex court has stated that it would first examine whether the Islamic divorce practice "is fundamental to religion" and whether it fall in the category of enforceable fundamental rights.

The apex court further observed that it would not hear polygamy issue along with the Triple Talaq case.

Supporting the stance of ending the practice of Triple Talaq, the Allahabad High Court had earlier asserted that the rights of any person, including Muslim women, cannot be violated in the name of 'personal law'.

The court further said basic and human rights cannot be exploited on the basis of gender.

"A Muslim husband cannot give a divorce in such a manner which would put a question mark on equal rights," the court observed. (ANI)

Continue FREE with Ads Pay Rs. 1 to Read Without Ads
READ MORE IN:
Salman Khurshid National
Next Story : Election Commission Assures That It Will Bring In VVPATs Before 2019 Elections
Download the Outlook ​Magazines App. Six magazines, wherever you go! Play Store and App Store